Arrested for a Gun in my Car NJ

Pulled Over with a Gun in My Car in New Jersey 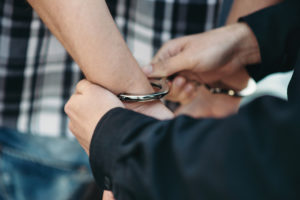 New Jersey allows for lawful gun ownership and carrying a firearm under certain circumstances. But to own a gun in New Jersey, you must follow the strict procedure for obtaining a permit and abide by state laws with regard to carrying a gun in your vehicle. What many people don’t know is that New Jersey doesn’t recognize firearms permit from other states. It is also against the law to have a legally owned gun in your car without following the stringent rules set out for how to transport weapons. With or without a gun permit, you may find yourself committing a crime without even knowing it. Being pulled over and arrested for having a gun in your car is a dire situation and you are facing mandatory jail time if convicted. Here’s what you need to know about charges for unlawfully possessing a firearm in your vehicle in New Jersey.

Do You Have a New Jersey Gun Permit?

The bottom line is, you need a gun permit obtained in New Jersey to possess a firearm under any circumstances within state lines. New Jersey residents must obtain the appropriate permits to buy and keep firearms and failure to do so is a crime. Additionally, people from out of state often find themselves arrested for a gun while visiting. This is highly common because New Jersey law does not acknowledge gun permits from anywhere else in the country.

Essentially, if you have a license to carry or possess a gun from Florida, Georgia, Texas, or another state with more open gun laws, you can and may be arrested for bringing that gun to New Jersey. If you do have a valid permit from another state, have never been arrested before, and did not know you were in violation of New Jersey law, an experienced attorney can often secure your enrollment in a diversionary program called Pre-trial Intervention. If you gain admission and successfully complete PTI, the original gun charge is dismissed and you can avoid a conviction on your criminal record.

If you are a New Jersey resident who has a gun but doesn’t have the right permit, you may be charged with unlawful possession of a weapon if police find a gun in your car. This is a second degree indictable offense, which carries between 5 and 10 years of incarceration for those convicted.

Stopped by Police with a Gun in my Vehicle

If a police officer pulls you over and you know there is a firearm in your vehicle, you must immediately make them aware that a gun is present and tell them its exact location. Keep in mind, if they have probable cause to believe your car contains contraband (an illegal weapon) or evidence of a crime, they can obtain a warrant to search it without your consent. Make sure in any situation that you maintain a safe distance from the gun and comply with what the officer asks of you. If you have documentation to show you have the right permit for the firearm, be sure to provide it when asked. If you don’t, remain calm. Remember that this situation could only get worse if it escalates.

Depending on the circumstances of your arrest, the gun charge can be resolved in a number of ways. For out of state residents with valid permits from elsewhere, Pre-trial Intervention may be an option. If you have a New Jersey permit and were just transporting the gun the wrong way, there may be some leeway to negotiate for a downgrading of the charges. And even if you have an illegal firearm in your car, there are many defense strategies that may be used to get critical evidence excluded, such as an unlawful search.

If you have been arrested for unlawful possession after police found a gun in your car, contact our New Jersey Gun Lawyers immediately to discuss your case and find out your legal options. We have helped clients charged with guns in every county in the state and we know what can be done to resolve your case in the best way possible. Whether your motor vehicle stop, search, and subsequent arrest were unlawful is best determined by an attorney who knows the law inside and out. We will thoroughly investigate the circumstances of your gun arrest to identify constitutional violations that may lead to dismissed charges. You are most likely anxious about what happens next. We understand and can help ease your worries in the steps that are to come. Call (201) 614-2474 to speak with a knowledgeable firearms lawyer in NJ. We provide consultations at no cost to you.