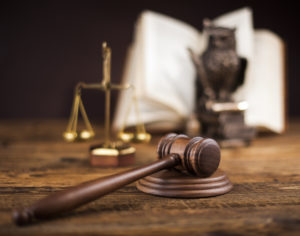 According to New Jersey Criminal Statute 2C:12-3, Terrorist Threats are serious crimes that occur when a person threatens to commit an act of violence with the purpose of terrorizing another, causing the evacuation of a building, place of assembly or public transportation, causing serious public inconvenience, or in reckless disregard of the risk of that such a threat would cause. Charges for terrorist threats have become increasingly prevalent in New Jersey, as these cases often occur when someone accuses someone else of threatening them. Under the legal definition, many violent threats against another person could easily fall into the charge of terrorist threats, some of which involve weapons. While the term may conjure up images of national news-making events, these offenses are typically related to domestic violence, assault, harassment, or possession of a weapon with an unlawful purpose. Unfortunately since it is a third degree crime, terroristic threats exposes you to up to 5 years in prison and a felony conviction, among other serious penalties. If you have been charged with terroristic threats in New Jersey and are looking for an experienced attorney who knows how to defend these cases, you have found the team you want on your side.

Our seasoned criminal defense lawyers use prior experience prosecuting terroristic threats cases and many years deftly defending clients in courts throughout New Jersey, to develop and execute the most effective strategy for your defense. As former prosecutors and highly recognized defense attorneys, we take every detail of your unique case into account in order to position you for the best possible outcome. Whether you are dealing with a terroristic threats charge on its own or have been charged with companion offenses for weapons or other crimes, we can help. Contact our offices anytime for a free consultation at (201)-614-2474 or reach out to us online to schedule an appointment at one of our convenient locations in Hackensack, Newark, Morristown, New Brunswick, and Middletown.

To convict a person of terrorist threats in New Jersey, the state has to prove beyond a reasonable doubt that the defendant threatened to commit a specific crime of violence. In order to obtain a conviction, the state must prove that the threat was so severe that it would convey the menace or fear of a crime of violence to an ordinary person.

A person can be charged with the crime of terrorist threats in New Jersey if:

Under these conditions, a person may be charged with and convicted of terrorist threats. It is important to highlight that the threat to kill someone else must make the threatened person truly believe the threat could be carried out. If the person does not believe the threat or the circumstances would not reasonably cause someone to fear immediate injury or death, there are not sufficient grounds for a terroristic threats conviction. In other words, a court must find that a reasonable person would truly believe that this threat was actually valid or true.

In the context of domestic violence, a New Jersey court may consider any past history of abuse as part of the original complaint to determine if a reasonable person would have believed that the violent threats were true. One important case decision regarding terroristic threats and domestic violence is Cesare v. Cesare, which was decided by the New Jersey Supreme Court in 1998.

Believe it or not, New Jersey views the threat of violence to be just as serious as an actual act of violence. The charge of terrorist threat is typically a third degree crime in New Jersey, punishable by 3 to 5 years in prison, up to $15,000 in fines, or both if convicted. New Jersey has a presumption of non-incarceration for first-time offenders; therefore if you have no prior criminal record, you may be afforded the option of probation. This will depend entirely on the facts and circumstances of your case and the quality of your lawyer.

If you are convicted of a terrorist threat crime during the time of a government-decreed national, state, or county emergency, the crime will be upgraded to a second degree felony, even if you did not know that it was a time of emergency. Second degree crimes in New Jersey are punishable by 5 to 10 years in prison and fines up to $150,000.

Lastly, if you have an additional charge of possession of a weapon with an unlawful purpose, you may face additional prison time and fines.

If you were charged with terrorist threats in New Jersey, contact an experienced criminal defense attorney at our firm today to help you build your case and fight these charges. We have successfully resolved countless terroristic threats case in Superior Courts in Bergen County, Morris County, Essex County, Passaic County, Union County, and elsewhere in NJ and are available to discuss your specific circumstances anytime. Call (201)-614-2474. Consultations are always provided free of charge, so don’t delay in seeking answers now.