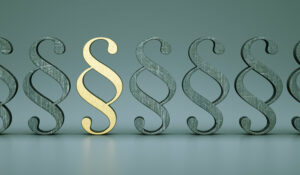 In 2014, the New Jersey Office of the Attorney General issued clarification of the previous Graves Act Directive of 2008. The purpose of the subsequent memorandum was to refine guidance about Graves Act gun crime matters and provide guidelines about how gun possession cases should be handled by prosecutors when the defendant involved is from another state outside of New Jersey, their conduct would have been legal in their state, and they were under the false impression that their conduct in New Jersey did not violate the laws of this state.

To standardize the prosecutorial practices and address the unequal treatment of out-of-state gun owners under New Jersey’s Graves Act, the Attorney General’s office issued a clarifying directive to County prosecutors in 2014. The problem addressed in the directive is the mandatory sentencing under the Graves Act and its application to otherwise law-abiding gun owners subject to New Jersey’s strict gun laws upon entering the state. Even though they followed the laws of their home state, gun owners may become offenders subject to some of the most stringent penalties under the Graves Act just by entering New Jersey.

Before the 2014 Clarification of the Graves Act Directive

The Graves Act’s mandatory minimum sentencing applicable to certain gun crimes disproportionately affects out of state travelers in New Jersey. Many New Jersey visitors may be ignorant that they illegally possess or transport a gun they lawfully obtained and possessed where they reside. Since unlawful possession of a handgun is a second degree crime governed by the Graves Act, a visitor could end up in prison for 42 months. Those entering the state with a handgun in their vehicle without proper permits and identification card and without legally stowing the weapon and ammunition are likewise subject to a second degree crime, despite their ignorance of the law.

Even though ignorance of the law is no excuse for breaking it, the state does not intend to excessively punish a mostly innocent person who posed no public safety threat. As such, the directive allows prosecutors to avoid incarcerating out-of-state legal gun owners and carriers who unknowingly violate the law and offer probation or Pre-Trial Intervention (PTI). PTI is a non-custodial supervised program for qualifying defendants to avoid prison and a criminal record. Those not ineligible may apply, and the prosecutor accepts or rejects their application. Those convicted of crimes carrying a presumption of incarceration or a mandatory minimum sentence are usually ineligible. Also, the rules exclude those who completed a diversionary program in the past. However, a prosecutor may consider extraordinary and compelling circumstances to overcome the disqualification presumption.

Thus, the directive emphasizes prosecutorial options already in place. So long as the out-of-state defendant lawfully possessed their firearm in their state of origin and committed no other infractions considered aggravating circumstances, the prosecutor currently can allow a guilty defendant to enter PTI, despite the presumption of ineligibility. Second-degree Graves Act gun crimes typically disqualify a defendant from PTI, but the prosecutor does have the discretion to allow an applicant PTI. They can consider all the facts of a defendant’s case to allow or deny an application and provide a Graves Act Waiver. The directive reinforces the prosecutor’s ability to assess the rebuttable presumptive factors and allow PTI, rather than automatically deny an application.

The directive highlights the prosecutorial option as one way to avoid incarcerating otherwise innocent gun owners. The other option is for prosecutors to file a motion with the trial court to reduce the mandatory 42 months under the Graves Act. In that way, the prosecutor can minimize prison time or elect for probation as the appropriate sentence. A judge typically consents to a prosecutor’s request by motion, especially if the defendant has no prior gun violations. Thus, a defendant may spend less than a year in jail or serve a probationary sentence.

The directive clarifies handling cases of out-of-state residents who make honest mistakes about gun possession in the state differently than established New Jersey residents illegally possessing firearms. For example, prosecutors can examine the reason for the defendant’s travel to New Jersey, the location of the gun and any ammunition while in New Jersey, their criminal history, and their cooperation with the police, when considering a Graves Act Waiver to allow for PTI acceptance or probation. Below are some of the critical factors taken into consideration in these cases.

Otherwise Lawful Possession of the Firearm

The prosecutor can advocate for no incarceration if the defendant shows proof of legal purchase and possession in their home state and a mistaken belief that they were legal in New Jersey. On the other hand, in the face of evidence that the defendant intended to use the weapon for illegal purposes or knew they unlawfully possessed weapons in New Jersey, a prosecutor may recommend the applicable Graves Act punishment.

Looking at how the public was or was not in danger by the out-of-state defendant with a gun teases out the finer points of a defendant’s intentions that may weigh on their punishment and acceptance into PTI. Thus, someone traveling through New Jersey to visit relatives in New York is a different consideration from one who stayed in New Jersey for a few days. Although, even one who stays in the state and takes precautions to safeguard others by locking a gun in a hotel safe is mindful of public safety and the law.

Whether the Gun was Unloaded and How it was Stored

It also matters whether an unloaded gun stayed locked in a trunk or the defendant carried a loaded gun in their coat while eating at a diner.

Voluntary Surrender of the Firearm

Additionally, a suspect who voluntarily surrendered firearms is different than one who concealed the existence of a gun until the police found it. And finally, a clean record is another significant factor in profiling an innocent mistake rather than an intentional attempt to escape the law. So, prosecutors who confirm evidence of a person trying to do the right thing but merely mistaken about the law can find compelling reasons not to incarcerate a defendant. Instead, they can either place them in PTI or waive Graves Act provisions in favor of lesser, non-custodial sentencing options.

Finding the right lawyer to zealously defend you when facing gun charges in New Jersey is critical, as the consequences of failing to do so can cost you your job, your relationships, and your freedom. If the police arrested you on your travels through New Jersey for unlawful gun possession, get highly skilled representation from a gun lawyer at The Tormey Law Firm to ensure you have the best possible chance of avoiding prison for a firearm offense. Since the directive references the common prosecution practice of reducing the Graves Act effects on largely innocent defendants passing through New Jersey, our respected gun attorneys regularly leverage the power of this to successfully help our clients stay out of prison.

With over 70 years of combined experience handling guns and weapons charges in Fort Lee, Atlantic City, Holmdel, Middletown, Somerville, Elizabeth, Woodbridge, Edison, and other places throughout NJ, we know the ins and outs of how to handle cases where we can use the directive to advocate for PTI or probation for our client. We can help the prosecutor and the judge see you for who you are, a law-abiding citizen ignorant of the law. In other situations, we search intensively through the evidence to find other ways to convince the court to dismiss your case, such as police missteps in your traffic stop, arrest, or vehicle search. To talk to a lawyer on our defense team now at zero cost, call (201) 614-2474 or contact us online now.