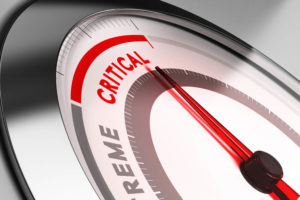 An Extreme Risk Protective Order (ERPO) is a civil court order which prohibits an individual from purchasing or possessing a firearm or ammunition, as well as forbids one from holding a firearms purchaser identification card, permit to purchase a handgun, and permit to carry a handgun. The Protective Order is issued by a Judge if it is determined that the individual poses a danger to him or herself, or to others, if that person has been previously permitted to possess a firearm.  If you are facing an extreme risk protective order in New Jersey, your rights related to firearms and other weapons are currently in jeopardy. To protect your rights under the Second Amendment and maintain your ability to purchase, own, and possess guns in Bergen County, Morris County, Hudson County, Passaic County, Essex County, Ocean County, and throughout the state, you need a knowledgeable and experienced New Jersey gun lawyer who knows how to successfully navigate the court process ahead.

At The Tormey Law Firm, our highly adept gun attorneys are thoroughly versed in New Jersey gun laws and we have the skill and experience to represent you against these allegations. Our team includes a former prosecutor who previously served in the weapons forfeiture unit in Morris County, as well as a lawyer who previously handled gun permit appeals on behalf of several police departments in Monmouth and Ocean County. In addition, our founder has been named among the top 10 criminal defense attorneys in New Jersey by the American Jurist Institute and has been featured as a legal resource for many prominent publications and news outlets. If your guns were taken away amidst extreme risk protective order proceedings in Hackensack, Newark, Toms River, Freehold, Paterson, Morristown, or another place in New Jersey, we are the team you want on your side. To discuss your specific circumstances with a lawyer who can provide personalized guidance and answers to your questions, contact us (201)-614-2474 today. We provide consultations at no cost to you and a member of our legal team is always available to provide knowledgeable legal counsel.

In addition to temporarily prohibiting the possession or ownership of firearms, ammunition, and permits, the police may also seize your property. Upon the filing of a temporary protective order, the court shall also order that the respondent surrender his or her weapons and permits. If the person does not comply, the court is empowered to issue a search warrant. Nevertheless, to obtain a warrant, the State must establish probable cause that:

(1) the individual owns or possesses firearms and/or ammunition,

(2) the person poses an immediate and present danger of bodily injury to self or others by owning or possessing firearms or ammunition, and

(3) such firearms or ammunition are presently at a specifically described location.

In cases where law enforcement and prosecutors have only good cause—not probable cause—that the subject poses an immediate and present danger by having access to a firearm, the petitioner may still seek a protective order, but they cannot obtain a warrant. Courts must recognize and honor individuals’ right to privacy, as well as their constitutionally-protected right against unreasonable search and seizures.

If a warrant is issued, it shall authorize the police to seize any and all firearms and ammunition within the possession, custody, or control of the respondent. If a person other than the respondent claims title to any firearm or ammunition, law enforcement shall confiscate the property and direct the person claiming ownership to request a return of the weapons to the law enforcement agency. If the agency determines that the person claiming title is the lawful owner, the firearm or ammunition will be returned.

After hearing all the evidence and weighing the listed factors, if the court finds, by a preponderance of evidence, that the respondent poses a significant danger of bodily injury to self or others by owning, possessing, purchasing, or receiving a firearm, the court shall issue a final protective order. The order itself will prohibit the respondent from possessing a firearm as well as forbid the person from securing or holding a firearms purchaser identification card, permit to purchase a handgun, and permit to carry a firearm. The order shall also command the respondent to surrender to law enforcement any firearms, ammunition, and firearm related permits.

Can I Appeal an Extreme Risk Protective Order?

Can an Extreme Risk Protective Order be Removed?

Once all the interested parties are served, the court will schedule a hearing to decide the merits of the application. At the hearing, the court will consider the same factors it considered at the previous hearing as well as any other relevant evidence, including, whether the individual has received any appropriate treatment or counseling. Further, the person requesting the termination must demonstrate to the court, by a preponderance of the evidence, that he or she no longer poses a significant danger to themselves or to others, and is safe to own and control a firearm. If the court finds that the individual is safe, the court will terminate the protective order.

What if a Person Violates an Extreme Risk Protective Order in New Jersey?

Lastly, if a person knowingly violates any provision of the protective order, that person is guilty of contempt. The protective order is not a criminal matter, however, if you violate the order are a found guilty, then you will have a criminal record. A contempt offense in relation to violating a risk protective order is a crime of the fourth degree. As such, an individual can be sentenced to prison for up to 18-months or may be sentenced to probation for one to five years. The person may also be required to pay a fine of $10.000. On top of that, the individual will be mandated to pay a series of mandatory fines which include, $50.00 Victims of Crime Compensation Board fine, $75.00 Safe Neighborhoods Service Fund fine, and a $30.00 Law Enforcement Officers Training and Equipment Fund fine. And finally, as referenced above, you will have a criminal record.

How do Contempt Charges Happen in ERPO Cases?

A contempt proceeding can emerge in several different ways. For instance, if a person is driving and has a gun inside their vehicle. The individual is stopped and the car is subsequently searched. If the police find the firearm, they will likely run a background search and the protective order will appear. The order will tell the officers that the individual is prohibited from possessing a weapon. Consequently, the person will be arrested and charged with contempt. Similarly, a person may be traveling through an airport and carrying a firearm in their luggage. While going through security, the bag is placed in the x-ray machine and the officers there observe the weapon. Thereafter, the person is detained and it is discovered that an active protective order is in place. As a result, the person will be prosecuted for contempt. Another example is an individual travels to another state to purchase a firearm from a licensed dealer. Before making the sale, the dealer conducts a background check and the order surfaces. In turn, the dealer contacts the police, and the individual will likely face criminal charges.

Following the arrest, the individual will be given a copy of the complaint, which will outline the charges. Also, he or she will be provided a notice to appear in court. At the first court appearance, the Judge will announce the charges, the potential consequences, and will advise the defendant of their rights. Then, a new court date will be given. In the interim, the prosecutor’s office is obligated to disclose its discovery, which will consist of any police reports, videos, pictures, and any other evidence that the State may use to obtain a conviction. Moreover, the State is also required to turn over any evidence that may show that the person is innocent. After the discovery is exchanged, the prosecutor may present a plea offer. Generally, for contempt cases, the offer is probation and sometimes Pre-Trial Intervention.

Unfortunately, most contempt matters are easy cases for the State to prove. If the person is found in possession of a gun or caught trying to purchase a firearm, it is very difficult to show that he or she did not knowingly violate the order. As such, most cases are resolved by way of a plea agreement and the defendant is placed on probation. However, there are occasions where the defendant truly did not know that a gun was in their car or inside their bag and most importantly, the defense can present credible evidence to support their contention. Bearing in mind the various scenarios and intricacies of these cases, it it highly encouraged that you have your unique situation, the facts and evidence in your case, examined by a seasoned guns and weapons defense lawyer.

If you have had your firearms seized in connection with an extreme risk protective order in New Jersey, contact the attorneys at The Tormey Law Firm for immediate advisement on your case. Our lawyers understand the nuances of these cases and we will put all of our knowledge and resources to work for you. Call (201)-614-2474 now for a free consultation.