Steps in the Process of a Weapons Criminal Case

Criminal Justice Process in a Weapons Case in New Jersey 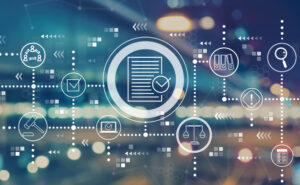 If you or a loved one has been charged with a weapons offense in New Jersey, you may feel overwhelmed by and nervous about the road ahead. The process of a criminal case for weapons in New Jersey is similar to that of any other criminal offense, with some very specific differences and nuances that you must be aware of. Without a solid understanding of each stage of your weapons case, you risk being unaware of all of your options to challenge the charges in court or otherwise reach the most favorable outcome. A conviction for a weapons offense in New Jersey can have long-lasting consequences to your freedom, finances, and future job opportunities. With complex and nuanced laws relating to weapons in New Jersey, it is vital that you seek the most qualified counsel from a knowledgeable weapons defense attorney if you have been charged with unlawful possession of a weapon, possessing a prohibited weapon or device, defacing a firearm, or any other weapon-related offense. Each stage of the criminal justice process presents opportunities for an experienced attorney to work to have the charges against you dismissed or downgraded, obtain a Graves Act Waiver, negotiate your participation in Pre-Trial Intervention, or get a probation sentence to help you avoid prison and minimize the otherwise severe penalties.

If you have been charged with a felony for a gun, ammunition, high-capacity magazines, an assault firearm, or another weapon in New Jersey, contact the experienced defense team at The Tormey Law Firm 24/7 to talk to a lawyer free of charge. You can request a free attorney consultation online or call (201)-614-2474 for immediate assistance. Why wait to best prepare yourself for the complex journey through the criminal justice process? Get ahead of the case by knowing what to expect from the various stages of criminal weapons procedure and consulting with a lawyer who successfully walks clients through this process every day.

When you are placed under arrest and before you are questioned by a law enforcement officer, you have the right to be represented by counsel. Depending on the circumstances surrounding a search and arrest, the officer may or may not have the right to search you or your vehicle. For example, during a routine traffic stop, a police officer may not search your trunk without your consent unless they have probable cause to do so.

Weapons offenses in New Jersey are indictable offenses and, as such, complaint warrants are issued for these offenses when charges are filed.

New Jersey reformed its bail and detention system in 2017 and no longer uses bail, or money, in the pretrial detention process. If a complaint summons is issued against you, you will not be detained and no detention hearing will be necessary. However, if an indictable weapons charge is filed against you, it is a complaint warrant. When a complaint warrant is issued, the prosecutor may file a motion for detention, if they believe you may be a flight risk, a danger to the public, or are likely to obstruct justice if released.

Then, a detention hearing will take place and you will have the right to present a defense as to why you should not be detained while awaiting trial or that you should be released with conditions. If the judge determines that there is no condition or set of conditions that can reasonably assure that you will not fail to appear, be a danger to anyone, or obstruct justice, then they will order you to be detained.

In a weapons-related case, if the basis for the charges against you were your failure to obtain the proper permits for a firearm, but there is no other indication that you may be violent, intended to use the firearm to harm someone, or that you may fail to appear or attempt to obstruct justice in your case, your lawyer can present these arguments at a detention hearing in support of your release with or without conditions.

At your first appearance, the judge will state and explain the nature of the weapons charge(s) against you. They will also inform you of the potential penalties, including jail time and fines, that you may face if you are found guilty. You have a right to be represented by an attorney at this appearance and it is vital that you obtain legal representation before entering a plea. A plea is when you state to the court on the record whether you assert your guilt or innocence of the charges against you by pleading “guilty” or “not guilty.”

All weapons offenses in New Jersey are indictable crimes. Once you enter a plea, your case will be transferred to the County Prosecutor’s office. The prosecutor will review your case and determine whether they should file for an indictment on the charges, in which case your case will be heard in Superior Court, or if the charges against you should be downgraded to a disorderly persons offense and heard in municipal court, or, ideally, dismissed completely.

If the prosecutor believes that the evidence against you is sufficient to present your case to a grand jury, the next step in the process will be a pre-indictment conference. You will receive a Notice to Appear in the Criminal Division of the Superior Court for the pre-indictment conference. At this conference, your lawyer will have an opportunity to speak with the prosecutor about your case, review a limited amount of evidence, and potentially negotiate a plea agreement. The result of this conference may be having the charges against you dismissed or downgraded, but it is crucial that you do not try to handle the process alone. Without a full understanding of your available options, the strength of the evidence against you, and the consequences of a particular agreement, navigating a pre-indictment conference without the representation of a skilled and experienced criminal defense attorney can be a dangerous and costly mistake.

Following a pre-indictment conference, if the prosecutor decides to proceed with charges of an indictable offense, they will present the case to a group of citizens selected from the community called a grand jury. The prosecution is required to provide any clearly exculpatory evidence that exists. The grand jury will indict the defendant if they find there is probable cause to believe the defendant committed the offense. This is a much lower burden than that required of the prosecution at trial.

If you are indicted on a weapons offense, you must be given formal notification of the charges within 14 days. This step is called an arraignment.

Before your trial, your lawyer will have another opportunity to try to negotiate on your behalf with the prosecution at a pre-trial conference. The result of these negotiations may be dismissal or downgrading of the charges against you, or your participation in a diversionary program. New Jersey’s Pre-Trial Intervention Program is a diversionary program that allows a defendant to avoid conviction for a criminal offense by completing a period of supervision instead. In order to be eligible, a defendant must have been charged with a felony offense, must not have an existing criminal conviction on their record, must not have completed probation, parole, or a prison sentence, and must have never participated in a diversionary program before.

If you are facing a first or second degree weapons offense, then are facing an uphill battle to obtain the prosecutor’s consent to apply to PTI and be accepted into the program. If you are facing a gun charge that carries a mandatory minimum period of parole ineligibility under the Graves Act, then you will need the prosecutor to agree to and submit a Graves Act Waiver to arrive at this outcome. This can be very difficult to achieve, as prosecutors can only agree to this in extraordinary and compelling circumstances.

The Graves Act imposes mandatory minimum periods of parole ineligible for offenses falling under the Act. It includes certain weapons offenses like possession of a handgun without a carry permit and possession of a shotgun or rifle without a firearms purchaser identification card. It is possible to apply for a waiver if you are a first time offender and you can demonstrate to the court that the interests of justice would not be served if the mandatory minimum periods of incarceration were applied in your case. One of the most common scenarios of when a Graves Act waiver is issued on a weapons offense is in the case of an out of state resident who possesses a firearm legally in their home state and brings the firearm into New Jersey. The NJ Attorney General issued a Clarification of the Graves Act Directive with these special cases as the central focus.

Whether you are seeking a negotiated plea to a lesser charge or sentence, entrance into PTI, or a Graves Act Waiver, it is even more vital to have a knowledgeable and highly capable lawyer handling your weapons case.

If your case heads through pre-trial conferences and motions, the next step is a trial. At trial, the prosecution has the burden of proving each and every element of each charge against you beyond a reasonable doubt. At trial, your lawyer can present evidence and witnesses on your behalf and should work to exclude any evidence offered by the prosecution from the record that is inadmissible because it was obtained in violation of your constitutional rights or otherwise is inadmissible under the rules of criminal procedure. This can also be accomplished during pre-trial motions if your attorney submits and successfully argues a motion to suppress evidence in your case.

As previously mentioned, the Graves Act and its mandatory minimum term of parole ineligibility is relevant to firearms offenses. During the sentencing phase of your case, your lawyer will have another opportunity to advocate on your behalf to the judge. The judge is able to issue a lower sentence than the one the prosecutor recommends, so this phase is very important. There are both aggravating and mitigating factors that are enumerated in New Jersey’s sentencing code. Some of these mitigating factors include that the defendant did not cause or threaten serious harm, did not contemplate whether their conduct would cause or threaten serious harm, is law-abiding, and is unlikely to repeat the offense.

If you are convicted of a criminal offense as a result of your trial, you have a constitutional right to appeal your case based on several different grounds. It is important to note, however, that you cannot file an appeal for just any reason and simply disagreeing with the jury’s decision is not an adequate ground. Of course, it is very important to rely on an experienced attorney to help you decide whether filing an appeal in your weapons case is the right course of action.

Importance of NJ Criminal Defense Representation in a Weapons Case

The stakes are exceedingly high when you or someone you love is facing a weapons charge in New Jersey. Not finding the best possible defense representation could mean you find yourself behind bars for years, paying heavy fines, restricted and supervised while on probation, and coping with the after-effects of a felony conviction. Each step of the criminal justice process offers you the chance to put yourself in the most advantageous position, which is where a talented lawyer can be an invaluable asset. Contact our seasoned New Jersey weapons lawyers to discuss your case and learn how we can serve you while navigating the road from your arrest to the resolution of your case. Contact (201)-614-2474 for a free consultation.