Is a Gun Charge a Felony in NJ?

I was Charged with a Gun Offense in New Jersey – Is it a Felony or Misdemeanor? 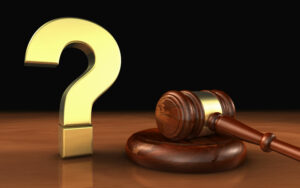 A gun charge is the more serious of a felony and a misdemeanor, also to be understood as the more serious of an indictable crime and a disorderly persons offense. Indictable gun crimes are prosecuted in the Superior Court in the county where the charges arose. These charges require a grand jury indictment for the state to proceed with its case to trial. Likewise, indictable crimes are distinct from disorderly persons offenses. New Jersey DP offenses are prosecuted in municipal court, do not require a grand jury indictment, and are equivalent to misdemeanors.

Does the Type of Felony Gun Charge Matter for the Sentence in NJ?

Absolutely. Not all gun charges are the same in terms of severity. Although they are all felony-level offenses, the specific type of gun offense and its seriousness matters when it comes to grading the crime and the possible punishment. The laws of New Jersey regulate owning, possessing, selling, and using firearms. Violating any of these laws may lead to a specific type of gun charge, which has a specified degree of indictable criminal offense.

In the worst case scenario, an individual can be charged with illegally trafficking firearms, which is a first degree crime carrying 10 to 20 years in prison. In cases of gun trafficking or unlawfully crossing state lines to sell guns, the defendant may also be charged with federal crimes and subject to prosecution in the federal court system.

In addition, the state requires a gun purchaser to acquire a firearms purchaser identification card (FPIC) or permit to purchase a handgun to buy a gun. A purchaser can get a shotgun, rifle, or BB gun with a properly obtained card. Handguns require permits to purchase and to carry, which are two distinct things. Without the proper authorization to purchase or own a gun, an individual may be found guilty of illegally possessing a weapon. And unlawful possession of a weapon is not confined to how a person obtains a gun. There are many situations and fact-patterns that give rise to weapons possession charges. A possession violation for an unlawfully possessed handgun is a second degree indictable (felony) offense. The sentencing range for a second degree crime is 5 to 10 years, with a presumption of incarceration. The fines go as high as $150,000.00.

It is a second degree crime to carry a gun without a carry permit or to transport it illegally. It is also a second degree crime to have a firearm for purposes of committing illegal acts, known as possession of a weapon for an unlawful purpose. In addition, committing assault, robbery, or another violent crime with a gun subjects a convicted defendant to the No Early Release Act. If convicted, an individual who commits a violent crime with a gun must serve minimally 85% of their sentence. They cannot get an early release on parole until they serve the minimum sentence. A defendant is also subject to a second degree crime with a mandatory minimum sentence for possessing a gun and a controlled dangerous substance, whether the drug is in their possession, for distribution, or for sale.

Offenses that Vary in Severity

A person may break the law by having a gun when they are prohibited from doing so. Known as certain persons offenses (N.J.S.A. 2C:39-7), those convicted of a crime or a disorderly persons offense involving domestic violence cannot have a gun. Neither can anyone addicted to drugs or alcohol, or physically or mentally disabled enough to be unable to safely handle a gun. More specifically, one who is or ever was committed to a mental institution and one who is physically disabled so that handling a gun would be dangerous cannot have guns. Anyone under 18 may not own a firearm and anyone under 21 cannot have a handgun.

Moreover, anyone subject to a domestic violence restraining order or one who has had their weapons seized due to domestic violence are likewise forbidden from having firearms. Finally, an individual with a juvenile record that disqualifies them from owning a firearm cannot have a firearm as an adult. Depending on the firearm and the reason for the prohibition, individuals prohibited from having guns may be guilty of a second, third or fourth degree indictable (felony) offense. Third degree crimes are punishable by 3 to 5 years in prison, rather than 5 to 10. The lowest felony level offense, fourth degree, carries up to 18 months in prison instead of the lengthier terms for second and third degrees.

Other types of gun crimes, such as possession of prohibited weapons and devices like sawed off shotguns, defaced firearms, along with unlawful possession of a gun and possession of a gun by those forbidden to have guns, are Graves Act crimes. They are subject to the Graves Act, which requires a minimum time that must be served in prison for a firearm-related crime. Under this law, certain gun law violators get mandatory minimum sentences, serving a specified portion of the total term imposed before becoming eligible for parole and release. The effect is that gun law violators stay imprisoned longer than those with similar sentences that are not gun-related.

Contact a highly adept gun defense attorney if you face gun charges in Bergen, Hudson, Passaic, Middlesex, Union, or Ocean Counties, and elsewhere in New Jersey. There are a variety of legal avenues in a gun case that only a well-versed weapons lawyer understands and knows how to navigate, making it invaluable to have confident, prepared representation on your side. For further information and assistance, contact The Tormey Law Firm at (201)-614-2474. An attorney is ready to talk to you about your gun case now, and the consultation is always provided free of charge.