Consistent with New Jersey’s strong deterrence policies and gun restrictions, carry permits from other states are not acceptable in New Jersey, although at present 12 other states accept New Jersey permits. The state does not allow just anyone to carry a firearm beyond their residence, place of business, or other property they own. It does […] 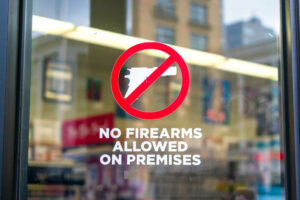 Consistent with New Jersey’s strong deterrence policies and gun restrictions, carry permits from other states are not acceptable in New Jersey, although at present 12 other states accept New Jersey permits. The state does not allow just anyone to carry a firearm beyond their residence, place of business, or other property they own. It does allow everyday citizens to legally transport their guns to and from home, work, and other authorized places like gun repair shops and shooting ranges without a permit to carry. For those seeking to carry their weapons in public, beyond the limited authorized locations, the state only allows carrying a gun to those who obtain a handgun carry permit. Those who want a carry permit may apply for one, provided they meet the state age, character, safety, and other requirements. However, only handguns are permitted for those with the appropriate permit to carry. Since public safety weighs mightily against a specific individual’s right to carry a firearm in New Jersey, the state statutory and regulatory scheme aims to lessen opportunities for guns to cause injuries and deaths. The last piece of the puzzle are the location restrictions. Even with a carry permit, there are some places where an individual may not carry their weapon.

Not only are the proof and authorization requirements strict enough to eliminate the number of carry permits, but the state and federal laws restricting where a licensed individual may carry their firearm lower the actual instances in which people are legally carrying handguns in the state. All permits to carry a firearm go through law enforcement and must receive superior court approval. However, this does not allow for carrying a handgun anywhere in New Jersey. Even if a person has a carry permit, they may not carry a firearm on most federal properties and many state locations.

Where You CAN Carry a Gun in New Jersey

For legal gun owners who comply with rules for obtaining and carrying a firearm, and are not disqualified from having a gun, state residents who are authorized to carry firearms may take their weapons into specific areas in New Jersey beyond their individual residence or place of business. For example, they may carry a gun in rest areas, vehicles, or restaurants and bars serving alcohol unless signs posted restrict guns inside the business establishment. The same goes for hotels and storing firearms in cars at an employer site. It depends on the individual hotel or employer policy. Realistically, there is no law criminalizing an individual’s defiance of a weapons prohibited sign, so enforcement in all cases is questionable. Further, those with carry permits may enter places of worship and anywhere else a gun is not banned. In other words, a person can enter a bar or church with a handgun, as long as they have a permit to carry the firearm.

Where You CAN’T Carry a Gun in New Jersey

You cannot take firearms into state or parks, casinos, schools, universities, colleges, or federally prohibited areas, such as federal courthouses, buildings, prisons, and other places the government rents or uses. Also off-limits are national cemeteries, military bases (unless they are in the military), federal dams, Amtrak trains, post offices, national parks, ferries to national monuments, and Indian reservations. Moreover, federal rules supersede state and local carry rules regardless of the state.

Additional Places that May be Added to the CAN’T List

Governor Phil Murphy is making efforts to support banning guns in places with significant amounts of people in a relatively compact space, including arenas, amusement and theme parks, stadiums, restaurants serving alcohol, bars, and various public transportation locations. Also included in the list of proposed places to outlaw carrying weapons are hospitals and medical facilities, daycares and child care settings, nursing homes caring for the elderly, given the vulnerability of the people inside. Then there are government and political settings that may become part of the prohibited places for carrying firearms in New Jersey, which include voting places, police stations, courthouses, and other government buildings.

In addition, the Governor would seek to require the owner’s permission to allow someone to carry a gun on their private property. While residences immediately come to mind, the Governor said this encompasses shopping malls, churches, synagogues and other places of worship as well. He requested that all of New Jersey’s many state agencies, offices, divisions, and departments assist in assembling information and options for further expanding the state’s current restrictions and regulations on firearms, including adding to the list of banned gun carry locations. He issued Executive Order No. 299 to this effect.

What if you Violate the Rules about Carrying in NJ?

Things change substantially when someone carries their weapon without the necessary permit, as it is a second degree crime to carry a handgun without a permit in New Jersey. Severe criminal punishment also applies to carrying a firearm for an unlawful purpose like committing other crimes, which is also a second degree crime. Both of these serious felony gun law violations are punishable by five to ten years in prison and a $150,000.00 fine maximally. In addition to prison terms and fines, certain gun offenses are subject to the Graves Act, which requires mandatory minimum prison sentences to be served before prisoners becomes eligible for parole. That means that carrying a handgun without a permit can land you in prison for years without release on parole in sight.

Gun crimes are considered severe offenses in New Jersey, and for that reason, you need a knowledgeable and accomplished gun law attorney to defend you to the greatest extent possible if the police arrest you with an unlicensed weapon in public or for carrying a gun for illegal purposes. A tested and proven lawyer can be your best ally when the state wants to give you the maximum penalties for a gun violation. Our talented firearms attorneys can defend your constitutional rights, identify the top ways to dismantle the prosecution’s case, negotiate a plea to minimize the consequences, get a Graves Act Waiver to reduce your sentence, or assist with your acceptance into Pretrial Intervention.

Contact a gun law attorney on our team at (201)-614-2474 for a free consultation to discuss your carry violation and learn more about how we can help.