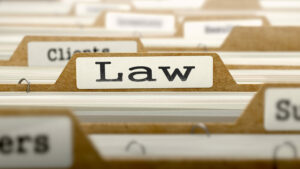 Perhaps you are facing a gun charge in New Jersey and unsure where to turn for information about your case. As experienced gun law attorneys, we have advanced knowledge of chapter 39 in Title 2C of New Jersey Statutes and everything that comes with these complex criminal cases. Title 2C is the criminal code, and chapter 39 covers weapon-related crimes. Just as important, the presumptions associated with gun crimes in both chapter 39 and the sentencing part of the criminal code, will dictate a defendant’s life and their available options from arrest to the serving of the sentence. There are presumptions, but then there are waivers, exemptions, and exceptions. Only an experienced weapons attorney can help you navigate all three to the point of success and freedom.

What is a Presumption in NJ Criminal Law?

In New Jersey Rules of Evidence, Rules 301 to 303 are concerned with presumptions and their effect in a criminal proceeding. A presumption simply releases a party from the burden typically imposed on them for proving a fact if a certain specific fact (usually this specific fact is listed in a statute) has been established in court. If evidence is produced tending to prove the basic fact, you do not have to present evidence that would tend to prove the presumed fact.

N.J.R.E. 303 explains how a presumption proceeds through a criminal proceeding and how these relate to a criminal defendant. In the United States of America, criminal defendants are presumed innocent until proven guilty. How does the prosecution do this? How are criminal defendants proven guilty? Every crime becomes a crime because the legislature creates a law prohibiting that specific behavior. This law describes of certain elements, or factual instances, that when proven to exist in conjunction with each other, comprise the crime that the statute outlaws. Each element must be proven beyond a reasonable doubt, which is the highest burden of proof afforded in the law.

If one element of a crime fails to reach this standard, the defendant cannot be found guilty of the crime. If 303 never existed, presumptions would be convicting one after another because the presumed fact wouldn’t have to be true if the jury thought that the basic fact was true. This doesn’t fly in a criminal proceeding when someone’s pursuit of life, liberty, and property are at stake. N.J.R.E. 303 imposes a strict standard on presumptions in criminal trials. The court must determine if a reasonable juror could find that the facts have been proven beyond a reasonable doubt without first presuming the facts to be true.

The court will not mention the words “presumed” or “presumptions” when it instructs the jury, and though there may be a presumption, the court will not instruct the jury as to its existence. Criminal presumptions are different from civil presumptions in that they must pass through more tests to be utilized. Section 6.2 of the N.J.S.A. 2C:43 provides a safety valve for those drowning in fear because of the presumption that applies to the crime or crimes in their case.

New Jersey’s criminal code has presumptions scattered throughout, most notably in its gun laws. Presumptions are complex and can apply in various important ways, especially when there are very nuanced provisions associated with them. For example, taken on its face, a presumption can impose a sentence automatically because a basic fact has been proven beyond a reasonable doubt. In New Jersey, N.J.S.A. 2C:44-1(d), presumptively imposes incarceration for conviction of first and second degree offenses. Only an experienced attorney should be relied upon and trusted to handle your matter if it involves a presumption. Building a defense is extremely difficult, especially if a presumption is involved. However, there are some important presumptions in NJ guns and weapons law that you should know about. N.J.S.A. 2C:39-2 lists presumptions specifically for Chapter 39 gun crimes that apply to all of chapter 39.

Presumption for Possession in Vehicles

Subsection (a) describes who possesses a weapon if it is found in a car, depending on if it was found on a person, in a common area of the car, if it was found in an area only the owner or someone allowed to drive car would have access to, or if the vehicle is a taxicab.

Subsection (b) states another presumption that if the decision to charge an individual is based on whether they have a license or permit, it is presumed that they do NOT have any required licenses or permits. It then becomes the burden of the charged individual to prove otherwise.

As you can see, presumptions flip the burden of proof onto the defendant, thus requiring them to put forth an affirmative defense.

N.J.S.A. 2C:39-6 contains the situations, or people, who are exempted from being charged in case of violating 2C:39-5, such as the military, federal, state, county, municipal law enforcement, or certain government employees and security guards, corrections officers, etc. This section contains many exceptions and exemptions for possession and transportation.

Other Important and Relevant Presumptions for Weapons and Firearms Cases

These are “must-know” presumptions NOT in chapter 39 but within the “Sentencing” portion of the criminal code. They directly relate to being charged with a chapter 39 offense. You and your attorney need to proceed through your case with the following presumptions at the forefront of your minds.

When people are arrested, they are evaluated through a Public Safety Assessment to determine whether they should be detained pending a hearing or released on a predetermined  level of Pre Trial Monitoring. This process came into play after New Jersey’s reform of the entire bail system was enforced. It was implemented in an effort to stop putting people into jail unnecessarily, but not releasing people who immediately do harm or commit crimes upon their release. For violent offenders and those held on gun charges, they start the process with a bail determination through which the judge may decide to continue to detain or release, or impose conditions for the defendant’s release that must be followed. Depending on the charges, the defendant may have a detention hearing where they face the presumption of their continued detention for the duration of the case.

A person who was charged under N.J.S.A. 2C:39-7 may be subject to a mandatory minimum sentence of five years, and ineligible for parole for the duration of the sentence in some cases. It is very important to have an attorney familiar with N.J.S.A. 2C:39-7 because it lists categories that can automatically raise the severity of your crime. It could be the difference between a fourth degree, third degree, or second degree felony sentence, meaning the possibility of probation or serving 20 years in a state prison.

The Graves Act applies to chapter 39, imposing mandatory minimum sentences for gun crimes. The period of parole ineligibility imposed by The Graves Act is 42 months or 1/3 or 1/2 of the sentence (must be served). Which is the greater amount, is the time to be served. If you are convicted of a fourth degree crime under the Graves Act, that period of ineligibility amounts to less time, 18 months to be exact. Lastly, being convicted of a subsequent gun charge extends the usual period of parole ineligibility to the greater of 5 years, 1/3 or 1/2 of the sentence. Retaining an experienced attorney is, quite frankly, a must in Graves Act cases. Only gun law attorneys dealing with this specific situation can persuade judges and prosecutors to allow you to obtain a Graves Act Waiver.

Lastly, the No Early Release Act (NERA) forces defendants to serve at least 85% of any prison sentence given because of specific convictions before they are eligible for parole. For certain firearm or deadly weapons charges, defendants must serve 85% of their prison term before being eligible for parole because of NERA. NERA also applies to killing or causing serious bodily harm, sexual assault, or using and/or threatening to use a deadly weapon.

Start Strategizing with an Attorney

If you are charged with one of the many offenses contained in New Jersey’s guns and weapons statutes, seek out an attorney experienced with chapter 39 presumptions and the intricacies of defending firearm and weapons crime cases. It is imperative to start strategizing immediately. An attorney who has achieved successes in cases with presumptions and chapter 39 of New Jersey’s Title 2C criminal code is a good start to successfully defending your criminal accusations, as it is very possible to overcome a gun crime presumption with the right strategies.

A knowledgeable lawyer will take a survey of your entire life and develop their own argument for extraordinary and compelling reasons to waive any mandatory sentences. For example, if there are extraordinary and compelling reasons to waive the presumption, it will be argued by your attorney that it is not in the interest of justice and contrary to the Graves Act, or any other mandatory sentencing provisions inherent with particular statutes. For additional information, contact The Tormey Law Firm and have a free consultation. Call (201) 614-2474 to consult a gun lawyer 24/7.