What Affects a Sentence for Gun Charges in New Jersey? 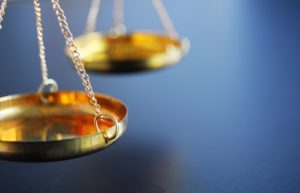 New Jersey takes the position that if you are found to be in possession of a gun illegally, you should be sent to jail. Moreover, our State requires that you serve at least a minimum of 42 months in jail before you can become eligible for parole.

Fortunately, there are a few ways a person can avoid the severe sentencing mandates laid out in our criminal code. To start, a person can request a Graves Act Waiver, which can reduce the minimum jail sentence to a year or even better, allow for probation. The Graves Act is the name of the controlling law that requires an individual to serve at least 42 months in jail before he or she can be considered for parole. If a waiver is granted, the person will not be subjected to the harsh sentencing mandates of the Act.

Another way to avoid incarceration and even better, a conviction, is Pre-Trial Intervention, also known as PTI. PTI is a diversionary program where the defendant serves a set period of probation and if he or she successfully completes the probationary term, the case is dismissed. As such, the person does not have to go to jail and does not have a criminal record.

How do Aggravating and Mitigating Factors work for Weapons Sentencing in NJ?

Aggravating and mitigating factors can profoundly alter the sentence one may receive in gun cases.   These factors are representative of a balancing scale and, as such, are weighed as favoring or opposing a particular sentence.  Typically, at a sentencing hearing in a New Jersey Superior Court, the prosecution and the defense either will attempt to overcome or support a proposed sentence by highlighting the factors specific to the case at issue. Aggravating and mitigating factors are enumerated under N.J.S.A. 2C:44-1.  As indicated by the statute, an appropriate sentence is to be imposed on a person who has been convicted of an offense and measured alongside the scale of fifteen aggravating circumstances and thirteen mitigating circumstances.  Each of the factors usually do not all apply to one’s case, instead they are used where appropriate.

How do I Avoid Jail in a New Jersey Weapons Case?

To obtain a Graves Act Waiver or be enrolled into PTI, one must submit an application to the county prosecutor outlining any mitigating factors that would justify granting him or her the requested relief. A mitigating factor is any fact or circumstance that reduces the severity of a criminal offense and justifies lesser penalties.

Some convincing mitigating factors that will assist an applicant are: the age of the applicant, the reason why he or she possessed a weapon, the weapon was not loaded, the firearm was not found on the person, the gun was safety secured and out of the defendant’s reach, and the person has undergone firearm safety training. Further, it is also helpful if the applicant has: no criminal history, no history of violence, no history of substance abuse, the underlying conduct is unlikely to reoccur, the defendant will respond positively to probation, the defendant did not contemplate that his or her actions would cause harm, imprisonment would entail an excessive hardship, the applicant is employed, the applicant supports his family, or the defendant previously served in the military. Lastly, it is also positive if the defendant cooperated with law enforcement authorities.

What Makes Penalties Worse when Charged with a Gun in NJ?

In contrast, there are certain aggravating factors that can lead to harsher penalties for gun charges or prevent you from getting a better sentence. An aggravating factor is any fact or circumstance that increases the severity of a criminal offense and warrants a more severe punishment. If the following aggravating factors are present, the person’s request may be denied: the firearm was loaded, the gun was found on the person, the gun was equipped with illegal ammunition, the firearm was purchased illegally, the weapon was defaced, or the firearm itself is illegal such as an assault rifle or sawed off shotgun. In addition, other aggravating factors such as, having a criminal past, having a history of arrests, being subject to a restraining order, or being associated with organized crime, may adversely effect their case. Lastly, if the person possessed the firearm while he or she was allegedly committing another criminal act, will undoubtedly hurt their chances of receiving a waiver or PTI.

Being Prosecuted for a Weapons Offense in New Jersey, What Can I Do?

The best thing you can do when arrested on criminal charges for a weapon in New Jersey is consult with a knowledgeable defense lawyer. Avoiding the harsh consequences of gun charges may be possible in your case with the help of an attorney who understands the law and can use all available options to your advantage. For more information about sentencing in New Jersey weapons cases and to discuss your defense, call (201)-614-2474. An experienced weapons attorney on our team is available immediately to provide you with a free consultation.