Public Safety Assessment (PSA) for a Gun Arrest in NJ 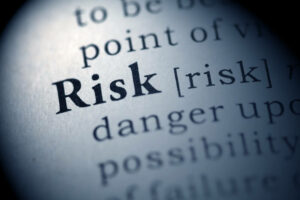 An arrest for a gun crime means you will in all likelihood go to the police station, get fingerprinted and processed, and then head to the local county jail on a warrant complaint. Within 48 hours, you face a judge to determine whether you stay in jail at that time, and possibly until your case is over after a detention hearing, or leave pending your next court date. Before New Jersey’s bail reform laws were enacted, you could post a bond to get out of jail. Now, you must attend a pretrial hearing where a judge decides whether you go free or remain in custody. Ultimately, the judge at your hearing or hearings reviews a Public Safety Assessment (PSA) prepared by the pretrial services program, to assist the judge in determining your free or custodial status during the pretrial stages of your case. To learn more about the purpose of the Public Safety Assessment (PSA), how this tool is employed in a criminal case, and its relevance to the process after an arrest on a firearms offense in New Jersey, continue reading.

The Purpose of a Public Safety Assessment (PSA)

The Administrative Office of the Courts’ computer program creates an automated pretrial assessment with information about the current crime, the defendant’s criminal history, and court data on the defendant’s judicial system encounters. This preliminary assessment becomes the PSA that pretrial services can add on to as they discover more information. The PSA evaluates several basic risks: failure to appear (FTA), new criminal activity (NCA), and new violent criminal activity (NVCA). The PSA provides a set point scale for the first two risks and a flag for the third (N.J.S.A. 2A:162-25).

For practical purposes, the Administrative Office of the Courts monitors defendants released into the community pending trial, so they are the ones who recommend the conditions of release and monitoring based on the PSA and their decision-making framework. The judge uses the results of the PSA when weighing all of the relevant information about a defendant’s specific case and determining whether they should remain in custody, be released, or be released with certain conditions. Thus, a judge may set conditions for your release instead of making you pay money for bail. These often include in-person or telephone reporting weekly or monthly or house arrest. While the conditions recommendations come from the Administrative Office of the Courts, the judge ultimately decides which conditions to apply to your release.

Understanding the Outcome of a Pretrial Risk Assessment

On a scale from one (1) to six (6), you want to score as low as possible to earn release. The grading criteria rests on two main concerns: if released, whether you are a risk to commit a crime or a flight risk. The PSA relies on nine (9) factors. To score you, the preparers look at factors such as your age, criminal record, employment, family, property, failures to appear, and violent offenses. Also under consideration is the nature and circumstances of the crime and the weight of evidence against you. In addition, under scrutiny is your character, finances, physical and mental condition, substance abuse, whether you were on probation or parole when you allegedly committed the current crime, and the likelihood of your intimidating victims or witnesses if released.

The presumption is that a judge releases the defendant pending their trial, provided that they have not been charged with an incredibly egregious crime for which they are facing a lifelong prison sentence. However, serious violent crimes and other considerations may convince a judge to keep you incarcerated. There are additional crimes that also have a recommendation attached to keep the person arrested in jail while their case proceeds through the criminal justice process, including first degree robbery, carjacking, disarming a law enforcement officer, and aggravated sexual assault.

In the Decision Making Framework (DMF) that coincides with the PSA, one of the key steps is to determine if any of the current charges are for one of the crimes to which a recommendation of release does not apply. As it relates to weapons crimes, these offenses include:

What Happens if the Prosecutor Moves for Detention

Then there are cases in which the prosecution moves for detention, requesting that the court keep the defendant detained while their case is ongoing. When filing a motion for detention, the person charged has a detention hearing after which the judge makes a decision on the matter of release. It is up to the prosecutor to make a case for keeping a defendant in jail. For example, a prosecutor can rebut the presumption of release by showing no release conditions will assure the defendant’s return to court, community safety, or no obstruction of justice occurs. This may be accomplished by proving that they are a danger to the community due to a propensity for violent crime, and they are a career criminal, likely to commit further crime. Likewise, when the defendant’s prior criminal history shows a record of failure to appear in a court, a prosecutor can argue that the defendant is unlikely to return to court for further hearings, despite the available conditions a judge may impose.

Weighing a Defendant’s Risk after a Gun Arrest

Since the prosecutor can argue that your illegal possession of a firearm or use of a gun to commit a crime shows violent propensities that endanger public safety, you want to have a strong defense against the prosecutor’s characterization of you as dangerous or a flight risk. Given that the detention hearing’s ruling is ultimately jail or freedom, you want a solid criminal defense attorney on your side to counter the prosecution’s claims about you. Our highly adept defense lawyers know what proof to present to the judge to convince them that your compliance with the law and appearance at future court dates is not a concern. Giving the court reason to believe your ties to the community and desire to comply are strong enough to assure your return to court is how we can help you get out of jail and continue living your life while your case is being adjudicated.

At The Tormey Law Firm, our tactically skilled legal team argues for your freedom and if necessary, for requirements of your release. For example, since house arrest typically involves monitoring bracelets that can be costly, we could argue for more limited monitoring with your freedom intact. Despite gun charges raising the stakes on the likelihood of some monitored release, our skilled attorneys can prepare your detention hearing defense to assure the court of your compliance and good standing. With important personal references from your ties to your community, such as employers, friends, and family, along with a targeted interpretation of your criminal record, we may help you persuade a judge to release you without restrictive conditions at all.

Talk to our Gun Attorneys about Your NJ Public Safety Assessment

With so much hanging in the balance when your freedom is on the line, you should not face a prosecutor’s detention motion or the results of a PSA alone. Failing to provide the judge reasons for your release makes it too easy for the court to rely on the prosecutor’s and court administration’s recommendations. This is why it is so important to have your own attorney immediately after a gun arrest. An experienced gun attorney at The Tormey Law Firm with vast background handling pretrial detention in firearms and weapons cases can make all the difference between your remaining in jail and getting released. To speak to one of our lawyers about your public safety assessment (PSA) and pending charges and how we can help, call (201) 614-2474 for a free consultation or go ahead and contact us online today.