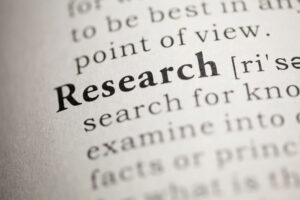 The New Jersey Administrative Office of the Courts (AOC) compiled data to examine the rate at which judges detained and released defendants charged with Graves Act crimes from 2018 to 2021. The AOC also looked at the recidivism rate, precisely how many Graves Act defendants committed additional serious offenses while released pending trial. So what exactly did the study analyze, what did they uncover, and why does it matter for New Jersey defendants charged with criminal offenses governed by the Graves Act? Let’s find out.

What Information was Studied?

The AOC study looked at Graves Act offenses, including defendants charged with weapons violations on complaint warrants and defendants accused of other crimes that were also Graves Act complaint warrants when combined with firearms offenses. Serious charges like murder and some aggravated sexual assault offenses were not included in the study because those come with detention presumptions. Likewise, lesser charges on complaint summons did not make the study because detention does not apply to those crimes. Rearrests for serious complaint-warrant crimes, such as those subject to life imprisonment, No Early Release Act (NERA), Graves Act on lesser weapons offenses, and Graves Act for other crimes, were also under study. To balance the AOC analyzed data and configure for Covid factors, the first six months of each year from 2018 to 2021.

The AOC included various Graves Act and other serious crimes considered in the study in two lengthy attachments to contextualize the study’s focus on Graves Act gun crimes. The study also explains how and why defendants face detention. A judge considers assessments prepared for each defendant and the prosecution and defense arguments on detention motions to determine who gets released and who stays in jail. The Public Safety Assessment looks at the charges, circumstances, criminal history, and other factors to assess risk. Detention considerations include whether a defendant is likely to return to court as ordered or flee. In addition, the court assesses the likelihood of released defendants committing a crime or thwarting the judicial process. To that effect, judges also consider Pre-Trial Services Decision-Making Framework that recommends prosecutors file detention motions for Graves Act crimes.

What did they find about Graves Act-Related Cases?

Specifically, the research was intended to reveal critical findings about:

What were the Key Conclusions?

The report concludes by teasing out the study’s implications. The results showed that those arrested on Graves Act charges were more likely to commit serious crimes after release compared to defendants with non-Graves Act charges. The report further suggests that a presumption of detention would reduce crime. The takeaway is that if more defendants with weapons-related crimes stayed in jail pending the outcome of their criminal case, there would be less crime. So, if judges presumptively detained Graves Act offenders, fewer criminals would have opportunities to commit crimes while awaiting trial.

While this may be a logical extension of the AOC study, not all Graves Act defendants are alike. Thus, not every Graves Act defendant ought to stay in jail. In addition, some out-of-state defendants charged with weapons possession are subject to the Graves Act penalties, making innocent mistakes punishable by long prison sentences.

Given that judges and prosecutors often seek to detain defendants who get arrested for crimes with weapons, have firearms on them when arrested for other crimes, or illegally possess weapons, you should consult with a skilled weapons lawyer to protect your constitutional rights and freedoms.

The first step to your defense is showing a judge that you should remain free while your case moves through the judicial process. Though individuals have a complaint warrant for a Graves Act crime, a talented lawyer can seek to challenge the prosecutor’s detention motion with evidence showing the defendant is neither a flight nor a repeat crime risk. Working with an attorney, you can determine the best ways to show the court that your connections to the community are strong, and your criminal history shows no evidence of disregarding judges’ orders.

An experienced lawyer can also seek to show a judge that there are means to ensure your compliance pending a trial, such as monitors and supervision. They can gather testimony, documentary evidence, and solutions to allay the prosecutor’s and judge’s concerns about your return to court and remain crime-free as you await trial. In addition, the state may not be able to convict you if law enforcement improperly searched their person or property and seized evidence pivotal to their convictions. In that case, the prosecutor may not even have a case for a defendant facing detention. Thus, detention in that instance may be unjustifiable.

See what an excellent negotiator and defense litigator can do to help you with your Graves Act charges in New Jersey. The weapons defense attorneys at The Tormey Law Firm have vast experience obtaining Graves Act Waivers, other ways to get around long prison sentences for firearms charges, and handling detention hearings and motions for those charged with Graves Act crimes. Call (201)-614-2474 for a free consultation with an attorney to discuss your options when facing serious gun charges anywhere in the state of NJ. Whether you got arrested in Fort Lee, Parsippany, Freehold, Middletown, Brick, Jersey City, Hoboken, West Orange, New Brunswick, Edison, or another one of New Jersey’s many towns and cities, you can trust our team to use every tool in our legal arsenal to fight for the pinnacle of results.