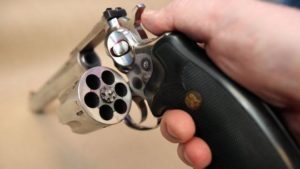 The battle over gun control is coming to Piscataway amid a contentious Democratic primary, as local officials weigh an ordinance that would make it very difficult for weapons retailers to set up shop in the township. A public hearing is set for June 14, 2018, nine days after the primary, to debate a municipal ordinance that would prohibit gun shops from opening within 1,000 feet of schools, parks, houses of worship, university campuses, medical facilities, bars, and other locations.

The ordinance was introduced on May 8 in a 7-0 vote by the Piscataway Township Council. Piscataway Councilman Steven D. Cahn said the ordinance is modeled after a similar restriction in Alameda County, California, which was upheld in October by the U.S. 9th Circuit Court of Appeals. The zoning restriction would apply to businesses “engaged in the commercial sale and dealing of selling of handguns, longarms, rifles, other legal guns, munitions, and related firearms accessories as provided by state law,” according to the ordinance. A resolution accompanying the ordinance states that the mayor and council “have identified a major public health concern related to the prevalence of mass gun violence and deaths in certain places that are traditionally focused upon activities in which participants maintain the expectation of being generally free from the fear of such violence.”

Opponents of the ordinance claim that it is unconstitutional because restrictions on locations are the “province of the state,” not municipalities. Opponents further argue that the proposal “doesn’t make us any safer.” Nevertheless, Councilman Cahn countered that NJ state law affords municipalities considerable leeway in zoning laws and that the proposal took care to avoid any constitutional conflicts. It does not, for example, seek to completely ban gun shops, add restrictions to gun ownership, or prevent private gun sales.

With that in mind, to purchase a gun in the State of New Jersey, you must obtain a purchaser’s permit. To obtain a permit, you a person must submit an application and meet the qualifications listed under the governing statute, which reads as follows:

No person of good character and good repute in the community in which he lives, and who is not subject to any of the disabilities set forth in this section or other sections of this chapter, shall be denied a permit to purchase a handgun or a firearms purchaser identification card, except as hereinafter set forth. No handgun purchase permit or firearms purchaser identification card shall be issued:

If you are seeking to obtain a purchaser permit or were wrongfully denied a permit, please contact the Tormey Law Firm. One of our experienced New Jersey criminal attorneys will help you with your case.