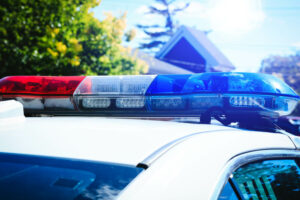 What happens when New Jersey police investigate an alleged domestic violence incident and search the scene for weapons? Will your firearms be confiscated by law enforcement? Will any other types of weapons be searched for by police? And when will you be able to get back your legally registered handguns and other weapons that were taken by police? These are just some of the questions that you might be asking if you have been accused of domestic violence in NJ. While it is helpful to understand exactly what can happen in these situations from a legal perspective, it is crucially important that you speak to a well-versed weapons and domestic violence attorney before making any final decisions about how to proceed in your case.

The highly qualified lawyers at New Jersey’s premier Tormey Law Firm are ready to help you pursue getting your licensed firearms back, and we can also put you in the best position to stay out of jail for the underlying domestic violence allegation. Not only that, but if the weapons taken by the police at your domestic violence scene were unlawfully possessed and you face weapons charges as well, our attorneys handle every aspect of the criminal, domestic violence, and weapons-related case you may find yourself currently facing. If police responded to a reported incident of abuse in Union, Elizabeth, Bergenfield, Roxbury, Millburn, South Brunswick, Hoboken, or elsewhere in New Jersey and you have questions about protecting your rights, get in contact with an attorney who can advise and assist you. Free consultations are completely confidential and available around the clock at (201)-614-2474.

New Jersey police take allegations of domestic violence against a spouse, former spouse, co-parent, dating partner, or roommate very seriously. The idea behind weapons searches when there is a domestic violence allegation is that it is not in anyone’s best interests for an individual accused of committing domestic violence to have immediate access to an object that could be used to hurt the alleged victim. Since emotions run high in the hours, days, and weeks that follow a domestic violence incident, NJ law allows police to confiscate weapons in these cases. But what is the procedure for doing so?

When police are called to your home or other location to investigate a report of domestic violence, they may determine that your firearms and other weapons need to be seized in order to protect the victim against risk of bodily harm. However, there are laws that protect your rights in these situations and that require police to follow certain guidelines and procedures. For example, police who arrive at the scene must first determine whether a weapon was used during the domestic violence incident, whether a weapon can be seen in plain view in the residence, and whether there is reason to believe that weapons are present in the residence. Police will begin by questioning the accused, the victim, and anyone else at the scene to determine if any of these situations exist.

If the gun or other weapon can be seen by the officer in plain view, then the officer can confiscate it. If the weapon is not visible, then police will need to conduct a search of the premises. But there are constitutional rights that limit the ability of law enforcement to conduct searches like this. Thus, police may need to get the defendant’s permission to search for any weapons. Even if the defendant refuses, however, police may still be able to conduct a search for weapons by obtaining a court order known as a warrant. This order could be issued as part of a Temporary Restraining Order (TRO), or it could be issued separately.

Court Orders to Search for Weapons in Domestic Violence Cases

In a domestic violence case, there may be a court order issued to search and seize weapons. In order for the court to issue a search warrant for weapons in a domestic violence case, there must be probable cause to believe that the accused has access to a weapon and that it could be used to endanger the victim’s safety. Additionally, authorities will need to limit the scope of the warrant by specifying when the search will take place and which weapons police will be looking for during the search. Be advised, cause cannot be established without adequate facts and information being provided and recognized by the judge issuing the warrant. In order to satisfy the probable cause requirement, there is a test applied with certain criteria. The main components are as follows:

In the absence of a court order authorizing a search for weapons, police must request a Domestic Violence Warrant for the Search and Seizure of Weapons at the scene itself. This type of warrant is distinct from a search warrant in a criminal case and requires different elements to be satisfied for its issuance. In order to obtain this type of warrant while responding to a report of domestic violence, the officer must:

First, the officer completes a Domestic Violence Warrant form while at the scene. Then, the assistant county prosecutor or a deputy attorney general completes a review. Next, a judge will review the request and decide whether the necessary criteria have been met. If a judicial review of the officer’s request for a Domestic Violence Search Warrant is granted, the search can proceed.

When police search your home or another premises and find a weapon, they will be allowed to seize it. By definition, this means that you will be deprived of your constitutional right to lawfully possess a firearm, at least for the time being. That’s because New Jersey law provides for an exception to your Second Amendment rights when they might conflict with the rights of the alleged victim in a domestic violence case. Basically, if authorities believe that the victim might be endangered by the presence of the weapon in the residence, or by your ability to possess the weapon after police have left the scene, they will look to seize the weapon. Additionally, at the same time that police seize your firearms, they will also seize your firearms identification card and any permits that might allow you to buy a handgun later. This means that not only will you lose your guns, but you will also lose the ability to purchase and/or possess any other gun while your domestic violence case is still pending.

Weapons Taken for Domestic Violence in NJ, Now What?

The decisions you make after your weapons have been taken in a domestic violence investigation in New Jersey could spell long-term implications for your freedom and your gun rights. Making the wrong move could jeopardize your ability to own a weapon for the rest of your life. This is why it is urgently necessary to seek legal counsel from an experienced defense attorney who can fight to clear your name and restore your rights under the Second Amendment. Our lawyers represent clients in weapons and domestic violence cases in virtually every county in the state. We regularly challenge the case against our clients in Montvale, Cranford, Westfield, East Brunswick, Woodbridge, Jersey City, and other towns across New Jersey. If you are looking to discuss your domestic violence case and need help protecting your gun rights, contact us 24/7 at (201)-614-2474. A member of our team is available now to provide you with a free consultation.