Is a Gun Charge a Violent Crime in NJ?

How New Jersey Determines Whether a Gun Offense is Considered Violent

What Charge is a Gun Charge in New Jersey? 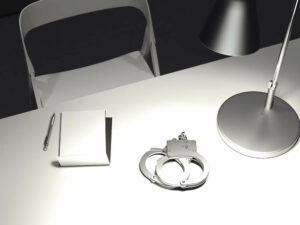 Although straight possession offenses involving guns are not classified as “violent,” gun-related offenses can be both violent crimes and non-violent crimes. In both instances, the statutory penalties for a gun offense can be extreme. When people think of gun charges, one of two scenarios may come to mind: (1) a person being arrested for illegally possessing or carrying a firearm when they were not authorized to do so; or (2) a person using, threatening, or intending to use a firearm to carry out a violent crime. The fact that both scenarios may apply to a gun crime is part of what makes this type of offense so unique.

Additionally, gun charges stand out because, in many cases, they carry far more severe penalties than other criminal charges in NJ – even other violent crimes. In some cases, a gun possession charge by itself can result in an automatic prison sentence. In other cases, the presence of a gun during the commission of a crime can transform the offense into a violent crime, which might also result in an automatic prison sentence.

Gun crimes often result in multiple charges with varying degrees and sentencing ranges, and this may include at least one charge for an underlying offense involving illegally possessing the gun in the first place. Examples of these types of gun possession offenses are Unlawful Possession of a Weapon (for carrying a firearm without a permit), Possession of a Weapon for an Unlawful Purpose (for using a firearm or other weapon in an unlawful manner), and a Certain Persons Offense (for having a firearm despite a prior conviction that bars you from having a gun under any circumstances). Although the Second Amendment explicitly protects your right to bear arms, both federal and state laws place limits on that right. This is why you can be arrested in New Jersey simply for possessing a gun, regardless of whether you used it to commit a violent crime.

Gun possession charges carry some of the most severe penalties in the NJ Criminal Code. In fact, one of the things that makes gun charges distinct from other criminal charges is that merely possessing a gun can trigger minimum mandatory sentencing. For example, in the case of Illegal Possession of a Handgun, N.J.S.A. 2C:39-5 stipulates that any person who knowingly possesses a handgun without a permit, or in a location where it cannot be, can be charged with a second degree felony. Similarly, any person who knowingly possesses a rifle or shotgun without the proper authorization or otherwise outside of a legal context, may be charged with a third degree felony. For most other types of criminal charges, the state has some flexibility when imposing sentence: That is not the case for gun possession offenses because the Graves Act applies in these cases.

The Graves Act is a New Jersey law that specifically deals with gun crimes. When an individual is convicted of a crime that is listed in the Graves Act, they will be subject to a mandatory minimum term of incarceration. During that period, they will not be eligible for early release on parole, regardless of what the sentencing range ordinarily is for these degrees of charges. The judge in a Graves Act case must order the defendant to serve between 1/3 and 1/2 of their sentence on the gun possession charge, or a minimum of 42 months, whichever is greater. For example, if the defendant faces third degree charges for Illegal Rifle Possession, they would be required to serve at least 42 months in prison before they can even be considered for release on parole. Similarly, while many defendants in an ordinary fourth degree case do not receive prison sentences, a fourth degree charge involving possession of a gun is subject to Graves Act minimum: the defendant must be sentenced to 18 months.

What Happens When a Gun Is Used in a Violent Crime?

Possession of a gun during the commission of a violent crime is often treated differently under the NJ Criminal Code. Certain crimes become violent when they involve a weapon such as a handgun or other type of gun. Moreover, these types of violent crimes where a gun is present may also carry enhanced penalties. Two of the best examples are Robbery and Assault. A charge for Robbery is typically classified as a second degree offense, meaning that it has a sentencing range of 5-10 years in prison. When the offender is armed with a handgun or other type of firearm during the commission of the robbery, however, the charge is elevated from a second degree offense to a first degree offense. This means that the defendant will now be subject to a sentencing range of 10-20 years in prison if convicted. Additionally, it is important to note that the robbery statute is carefully worded so that these enhanced penalties apply even if the defendant did not use the gun during the robbery; mere possession of a gun during the robbery is enough to make this a violent offense that is subject to elevated charges.

The same is true of many assault charges in New Jersey. Most of the time, a person can only face felony charges for Aggravated Assault if they cause serious bodily injuries to the victim or if certain other aggravating conditions exist. In less serious cases, the charges are likely to be classified as a disorderly persons offense for Simple Assault. But what happens when the defendant knowing or recklessly used or attempted to use a firearm during the altercation? If the defendant’s use of the deadly weapon caused any kind of bodily injury to the victim, the prosecution may pursue elevated charges for Aggravated Assault. In fact, even pointing or brandishing a gun at someone else can lead to an aggravated assault charge against the defendant. This means that the case will be heard in the county Superior Court, and it could expose the defendant to increased prison time, as well as a criminal record that includes a conviction for a violent crime.

There is another major consequence for defendants when the presence of a gun in a violent crime causes their charges to be elevated: the No Early Release Act (NERA) may come into play. NERA lists certain violent crimes that automatically activate a mandatory minimum prison sentence. If NERA applies, the defendant is required to serve at least 85 percent of their sentence. For a violent crime like Robbery, the presence of a gun during the offense probably won’t make a difference here because NERA always applies to first or second degree robbery charges. For assault charges on the other hand, the presence of a gun during the assault could make a huge difference because NERA only applies to second degree Aggravated Assault and third degree pointing a firearm at law enforcement. The same cannot be said for lesser aggravated assault charges or those for simple assault.

The complexities of the state’s gun laws are just one reason why you should not hesitate to speak with an experienced NJ gun lawyer who understands the nuances of the statutes, procedures, prosecutions, and defenses that apply to criminal cases involving firearms. The Tormey Law Firm can help you successfully contest the charges, no matter what they may be. Our lawyers have a long track record of challenging gun charges in Parsipanny, Freehold, Middletown, Toms River, New Brunswick, Edison, Clifton, Wayne, Paramus, Palisades Park, and towns throughout New Jersey. Please call (201)-614-2474 or get a conversation started through our website if you need a free consultation.