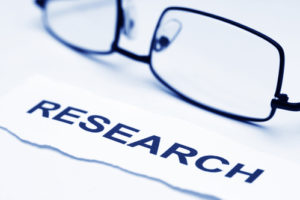 The Garden State’s strict gun laws may be saving more lives that many people realize. A recent study in the American Journal of Preventive Medicine concluded that New Jersey has the lowest rate of youth suicide in the United States, together with the second-lowest rate of household gun ownership. The study sought to correlate the rates of youth suicide with the prevalence of guns in the home. It concluded that in the 10 states with the highest teenage suicide rates, the household gun ownership averaged more than 50 percent. In contrast, in the 10 states with the lowest rate of youth suicide, the average gun ownership in the home was 20 percent. The study also noted that 59 percent of firearm-related deaths in the U.S. are suicide. The researchers also found that 82 percent of firearm-related suicides among youth involved a firearm owned by a household member.

It is worth noting that correlation does not equal causation. In other words, simply because you own a firearm or have one present in your home, does not mean your teenage son or daughter is going to harm themself. Nevertheless, researchers from the Boston University School of Public Health found it is highly unlikely that any other variable could have affected this striking, but understandable, finding. As such, the researchers from Boston University went on to state that common sense gun regulation works to protect people, and their children, who do not even know they are being protected. Consequently, it appears that New Jersey’s approach to firearms regulation has spared many families the heartbreak of youth suicide.

Rules on NJ Gun Ownership and Legal Troubles for Breaking Them

New Jersey’s approach to regulating guns focuses on limiting access to weapons and deterrence. To start, New Jersey residents are prohibited from purchasing a firearm unless they acquire a purchaser’s permit. To acquire a permit, one must submit an application to the local police and demonstrate they are fit to carry a gun. Next, an individual cannot carry a firearm in public unless they obtain a handgun carry permit. However, it is nearly impossible to obtain a carry’s permit. Like a purchaser’s permit, one must file an application and show they are fit to carry a weapon. But, they must also show that their life is in imminent danger, which is extremely difficult to show and is rarely found. Therefore, you will seldom find a person carrying a gun in public in New Jersey, unless they are breaking the law. If a person is caught breaking the law and illegally owning or carrying a firearm, they face very severe criminal sanctions. The accused faces 5 to 10 years in jail and on top of that, the person must serve at least 3 and half years before they become eligible for parole.

Facing accusations about violating New Jersey gun laws? You are in need of legal help right away. The consequences of a conviction for breaking firearms regulations in our state are severe and can permanently damage the rest of your life, as well as threaten your freedom. If you or a loved one has been taken into police custody for an illegal weapon or weapons related offense, call our experienced New Jersey Gun Lawyers for immediate assistance. The person is likely still in jail and may have a detention hearing in the next 48 hours, so there is no time to delay getting an attorney. Our team represents clients in gun charge detention hearings and criminal prosecutions throughout New Jersey, including in Middlesex County, Bergen County, Essex County, Passaic County, and Morris County. Contact us now at (201) 614-2474 to discuss your case with a lawyer free of charge.