What is the Charge for Reckless Conduct with a Weapon in NJ?

New Jersey Simple Assault Charge for Recklessness with a Weapon 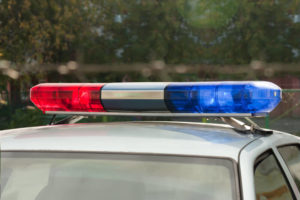 While you may face numerous charges for recklessness with weapons in New Jersey, some of the most common are for simple assault. Reckless conduct involving a weapon is primarily governed by the Assault statute found under N.J.S.A. 2C:12-1 of the criminal code. The Assault statute is broken down into two major sections, section (a) and section (b). Section (a) refers to Simple Assault cases and section (b) covers Aggravated Assault matters. For the purposes of this discussion, we will concentrate on what it means to be charged with simple assault, important terminology when understanding the law, and the specific fines, penalties, and jail time for simple assault charges in New Jersey.

What does Simple Assault Mean in New Jersey?

Simple assault is classified as a misdemeanor offense, which in New Jersey, is called a disorderly persons offense. The statute specifically outlaws three types of conduct: (1) purposely or recklessly causing or attempting to cause bodily injury, (2) negligently causing bodily injury to another with a deadly weapon, or (3) placing someone in imminent fear of bodily injury by physical menace.

So, what does that mean exactly? Let’s start by analyzing the key terms in the statute. First, we need to understand what it means to act purposely, recklessly, negligently, or by physical menace. To act purposely, there must be a plan or design by the actor to reach a specific result. For instance, if you aim a gun at someone, knowing it is loaded, and pull the trigger, it is fair to say you purposely shot the individual. To act recklessly means the actor was aware of an unjustifiable risk but chose to disregard it. For example, let’s say the same shooter from above did not directly aim the gun but rather, shot the firearm randomly around a crowded room and wounded a person. The shooter may not have purposely shot someone, but he or she knew his conduct could have resulted in someone being injured but chose to ignore that risk.

Next, a person acts negligently if he or she should have been aware of a risk but otherwise failed to perceive it. In other words, the person acted inattentively. Negligent conduct and reckless conduct are very similar but what distinguishes the conduct is whether the actor knew of the risks involved as opposed to should have known. Using the scenario from earlier, let’s say the room is empty but the bullets penetrate the ceiling and strike a person above. It can be argued that the person did not know that his conduct would have resulted in harm but, he or she should have known that randomly firing a gun inside a home could cause harm to anyone inside. And lastly, the term physical menace means to engage in threatening behavior (also possibly charged as a separate offense of terroristic threats, depending on the situation).

What is Considered Bodily Injury in a NJ Simple Assault Case?

Bodily injury is defined as physical pain, illness, or any impairment of the physical condition of another. Please note, it does not take much to show bodily injury. A person does not have to suffer a physical injury such as a cut, bruise, or laceration. Something as slight as soreness or discomfort satisfies the statute.

What Qualifies as a Weapon for Simple Assault Charges in NJ?

New Jersey has an expansive view when it comes to what can qualify as weapons. The statutory definition of a deadly weapon is very broad and encompasses almost any object that could seriously harm someone or cause death. Thus, a firearm is unquestionably a dangerous weapon. Moreover, even a BB gun is considered a dangerous weapon. Also, items such as golf clubs or baseball bats have been accepted as deadly weapons because, if used in a certain manner, have the capability of seriously harming another person.

What Must the State Prove for a Simple Assault Conviction in New Jersey?

Accordingly, in order for the State to make its case for simple assault with a weapon, it must prove three elements beyond a reasonable doubt: (1) the defendant acted purposely, recklessly, negligently, or by physical menace, (2) the victim experienced a bodily injury, and (3) the defendant used a deadly weapon to cause the injury. Given the descriptions outlined above, it is very easy for the prosecutor to prove injury and the existence of a deadly weapon. Again, an injury is as simply as pain, soreness, or discomfort. Similarly, a deadly weapon can be almost any object. Thus, the best defense is disproving or creating doubt with respect to the defendant’s state of mind or intentions. Meaning, he or she did not act with purpose, he or she was not reckless or negligent, or he or she did not act in a menacing manner.

What are the Jail Time, Fines, and Penalties for Simple Assault in New Jersey?

Not every assault charge is treated the same and therefore, the penalty will depend on the nature of the conviction. If a person is found guilty of the disorderly persons charge of simple assault, he or she may be sentenced to six (6) months in jail and be subject to a fine up to $1,000.00.

Conversely, if the defendant caused serious bodily injury, they are facing second degree charges and as a result, could be sent to prison for five to ten years and fined up to $150,000. If a person purposely causes or attempts to cause bodily injury with a deadly weapon, they will be facing a third degree charge. If convicted, the Judge may sentence the person to three to five years in prison alongside a fine of up to $15,000. If the individual recklessly causes bodily injury or points a firearm towards another, they may be convicted of a crime in the fourth degree and therefore, may be sentenced to eighteen months in prison and subject to a $10,000 fine.

Charged with Simple Assault in NJ, What Should I do?

If you or a loved one has been arrested and charged with simple assault in New Jersey, you should contact an experienced criminal defense attorney immediately. Our lawyers have spent many years defending clients facing assault and weapons charges such as unlawful possession of a weapon, disarming a law enforcement officer, reckless endangerment, and more. When you have a firearms or weapons related case in New Jersey, chances are we have helped someone like you. Our team is always committed to ensuring that we achieve favorable results on your behalf, whether the charges are dismissed, you avoid a criminal record, or we help you leverage another option to avoid jail time. Call us at (201)-614-2474 to talk through your case and get a free consultation today.