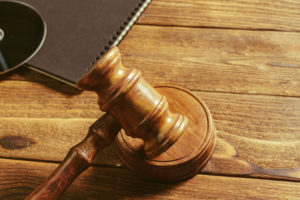 The Second Amendment of the United States Constitution reads, “A well regulated Militia, being necessary to the security of a free State, the right of the people to keep and bear Arms, shall not be infringed.” This single sentence has sparked endless and controversial debate in our culture over its true meaning. Towards one end of the spectrum, pro-gun right advocates believe that the Second Amendment entitles all citizens the right carry a firearm to protect themselves. At the other end of the spectrum, many contend that the purpose of the amendment was to weaponize militias and therefore, individual citizens do not have the right to bear arms. Others fall somewhere in the middle and agree that individuals can possess guns but accept that the government can place restrictions on who can carry a firearm and what type of gun one could own.

In 2008, the United States Supreme Court in District of Columbia v. Heller, ruled in favor of the individualized rights interpretation. In this case, the petitioner sought to challenge the District of Columbia’s very restrictive firearm legislation. In fact, the restrictions in D.C. are more limiting than New Jersey. In D.C., no person can carry a firearm with first obtaining a license. The chief of police may award a license to any person for a period of one year. Additionally, the laws of D.C. require its residents to register all firearms and when keeping their weapons inside of their homes, the firearm must be unloaded and disassembled or bound by a trigger lock.

After being denied a gun license, the petitioner filed a lawsuit and sought to challenge D.C.’s legislative scheme. The District Court dismissed the lawsuit but the Court of Appeals reversed the lower court’s decision. The Court of Appeals held that the Second Amendment protects an individual’s right to possess a firearm and the city’s restrictions infringe upon that constitutional right.

The matter was appealed again and was eventually reviewed by the United States Supreme Court. In a 5-4 decision, the Court ruled that D.C.’s laws were unconstitutional. Writing for the majority, Justice Antonin Scalia, in a lengthy, 64-page opinion, stated the following. Each side in this case has a different interpretation of the Second Amendment. The Respondent, alongside the dissenting Justices, assert that the Amendment protects only the right to carry a gun in relation to militia service. This was labeled the “collective right” interpretation. The petitioner, however, argues that the constitution protects the individual right to possess a firearm for lawful purposes unrelated to military service. The petitioner even contends that an individual has the right to carry a gun, in their home, for self-defense purposes. The Court considered this the “individual right” interpretation.

When analyzing the Second Amendment, Justice Scalia separated the Second Amendment into two parts. The first section was referred to as the prefatory or introduction clause, which states, “A well regulated Militia, being necessary to the security of a free State.” The second part was deemed the operative clause or functioning provision, which reads, “the right of the people to keep and bear Arms, shall not be infringed.”

Beginning his analyses with the later section, Justice Scalia held the operative clause of the Second Amendment means that individual citizens, not groups such as militias, have the right to carry firearms in case of confrontation. Next, with respect to the prefatory clause, the Justice ruled that the preamble section of the Amendment means that the government cannot eliminate the militia by disarming its citizens. Accordingly, by reading both clauses together, the Court ruled that the Second Amendment prohibits the government from disarming its individual citizens. Consequently, the laws in D.C. amounted to a disarmament and consequently, violated the constitution.

Nevertheless, Justice Scalia concluded his opinion by expressing that the Secondment Amendment does not provide an absolute right. Like most rights, it is not unlimited, which means that the government can still place certain prohibitions on possessing a firearm. Therefore, the Justice wrote, nothing in the court’s opinion should cast doubt upon the government’s power to prohibit felons or mentally ill persons from acquiring guns, nor should the ruling prevent the government from forbidding the carrying of firearms in sensitive places such as schools or government buildings.

Are there Restrictions on Firearms in New Jersey?

With that in mind, let’s turn to New Jersey’s prohibitions and restrictions. In New Jersey, it is lawful to possess a firearm inside your home or place of business without a permit. Additionally, you can carry a gun in public but only if you are hunting or target shooting. Otherwise, you must have a carrier’s permit. Lastly, to purchase a firearm in New Jersey, you must obtain a purchaser’s permit.

If you violate our State’s laws, you will be facing very serious consequences. Unlawful possession of a firearm is a second degree offense. As such, a person is facing 5 to 10 years in prison as well as a $150,000.00 fine. Moreover, in order to further deter citizens from illegally carrying a gun, our legislatures passed a statute that requires a person to serve at least half of their prison sentence before they are eligible for parole. This provision of the law in New Jersey is known as the Graves Act.

How does the Heller Case Apply in New Jersey?

Comparing New Jersey’s legislative scheme against the Heller case, it is likely that these prohibitions and requirements would be considered constitutional. The Court’s decision in Heller essentially stated that the government may place restrictions on its citizens, but the restrictions cannot rise to the level of disarmament. In the Heller case, the District of Columbia mandated that a person can only possess a firearm if they acquire a license and furthermore, must either disassemble the gun or place a trigger-lock on it when the firearm is inside their home. As such, the weapon is nearly inoperable for self-defense and therefore, disarmed. Although New Jersey has restrictive laws and severe penalties, they are still far from the limitations set forth in the Heller matter. Therefore, New Jersey provides additional flexibility for those who wish to purchase and possess firearms when compared with Washington D.C. Nevertheless, the laws in New Jersey are among the strictest in the country and those convicted of guns and weapons offenses face severe criminal consequences.

If you have questions about the rules and restrictions related to firearms in New Jersey, you have been arrested for a gun or related weapons offense, you need help with the gun permit process, or you want to appeal a gun permit denial, our lawyers have the depth of knowledge and experience to assist you. Simply call (201) 614-2474 or contact us online today for a free consultation.