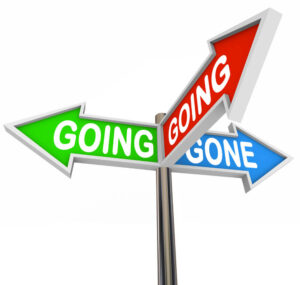 In response to the U.S. Supreme Court’s decision in N.Y. State Rifle & Pistol Assoc. v. Bruen, New Jersey’s Attorney General, Matthew J. Platkin, issued Attorney General Law Enforcement Directive No. 2022-07. The directive clarifies what changes and remains in New Jersey’s firearms carry laws and regulations. The Supreme Court in Bruen struck down a portion of New York’s law requiring a showing of justifiable need to carry a gun when applying for a license to carry a firearm. New Jersey has historically applied a similar requirement that an applicant show a justifiable need to carry a gun before obtaining a permit. Bringing New Jersey’s restrictions in accord with the Supreme Court ruling, the Attorney General’s directive instructs law enforcement to eliminate the justifiable need requirement but enforce all other parts of the law.

Before and After Justifiable Need in NJ

Before Bruen, New Jersey seldom issued carry permits due to the necessity for justifiable need. Most people cannot make a case for needing to carry a gun for their protection under New Jersey’s interpretation of justifiable need. Previously, you had to provide written certification of your justifiable need to carry a handgun, including specific threats or a history of attacks that threaten your life, or a job that subjects you to serious physical harm on a regular basis (N.J.S.A. 2C:58-4; N.J.A.C. 13:54-2.4). In fact, security guards and those with similar job requirements were often the prime candidates for showing a justifiable need to carry a gun, as their employment often subjects them to fending off potential threats by others who may have guns. However, this requirement is no longer valid to justify carrying a gun given the latest Supreme Court decision. Since the Supreme Court struck down the proper cause requirement as an undue burden on gun rights, New Jersey’s A.G. Directive complies with the law. It confirms that New Jersey law enforcement can no longer use that justifiable need criteria for carry permit applications.

What Remains Now that New Jersey’s Justifiable Need Requirement is Over?

It is still current law in New Jersey that those who wish to buy a gun must get a firearms purchaser identification card or a permit to purchase a handgun. If you want to carry the handgun, then you’ll need a handgun carry permit. Although it is not illegal to have a gun on your property without a permit, obtaining a handgun is another story. First, you must have a permit if you want to buy one in New Jersey, which is valid for 90 days and one gun purchase. If you wish to carry a handgun in public, you must also obtain a permit to carry a handgun by applying to the local police department or the New Jersey State Police, which the state may issue if you meet all of the requirements.

Those wanting a carry permit must still prove their qualifications as to the other requirements listed in N.J.S.A. 2C:58-4d and 13:54-2.4, less the justifiable need. All state police regulations, including any changes to those regulations, still apply to carry permit application review. There are a host of requirements to get a gun permit that remain in effect. For example, you must submit the application, be over 21, pay fees, and submit endorsements from reputable recommenders that have known you for at least three years and can attest to your good moral character. You must also pass a background check and agree to have your mental health records reviewed. For a permit to carry, you must additionally provide certification of gun safety knowledge through a firearms training course or other proof, such as a test from a qualified firearms instructor.

In addition, you must not have any disabilities that disqualify you from having a gun, such as mental and physical defects that make gun handling or possession dangerous to yourself and others. Regardless of the Supreme Court ruling, you still cannot get a firearm permit, let alone a permit to carry a gun, if your criminal background check shows a conviction for a felony or disorderly persons offense involving domestic violence. You cannot have a restraining order in effect, or juvenile conviction that would have been a crime had you been an adult involving guns or weapons, such as unlawful possession of a weapon. You cannot be addicted to alcohol or drugs, intentionally lie on your application for a permit, have an extreme risk protective order filed against you, or be a suspected terrorist.

If your application passes law enforcement approval, the application goes to the county superior court for issuance of the gun permit. If you do obtain approval for a carry permit, you have the permit for two years before having to renew it. While New Jersey expects to receive scores of new applications, people applying for their gun carry permits may still have their applications rejected for a host of other reasons that remain in effect and fully enforceable under New Jersey law. Since the time limit is very small to appeal (30 days from your rejection), it is important to consult an attorney regarding the process to appeal a rejected gun permit application as soon as possible.

Without the necessary permits, a person is exposed to charges for unlawful possession of a firearm if they possess a handgun, a rifle, or another type of firearm outside of authorized areas like shooting ranges, their home, or their place of business. Even with a valid permit, a person can be charged with unlawfully possessing a weapon by transporting a gun in violation of New Jersey’s strict regulations on the subject.

The End of Justifiable Need, Is it Just the Beginning?

The Attorney General Directive instructs law enforcement in New Jersey to continue to enforce the laws and regulations regarding gun acquisitions and carry permits without requiring the demonstration of justifiable need. Without such clarification by the AG’s Office, law enforcement may subject the state to legal challenges if they continue to require an applicant to certify their justifiable need. In the aftermath of the landmark Supreme Court decision in Bruen, New Jersey and other similarly restrictive states regarding gun laws may see other challenges to their subjective requirements for gun permits and many other regulations. If the Supreme Court found issues with “may issue” states, of which there are only a handful left in the country, one of which is New Jersey, the months and years to come may usher in a new era of firearms-related cases and fundamental constitutional questions that must be decided by the highest court in the land.

Contact our New Jersey Gun Lawyers for a free consultation to discuss your gun permit application, questions about the process, appealing a gun permit denial, or defending a gun charge that has been filed against you. We are available 24/7 to assist you by calling (201)-614-2474 or requesting a free legal consultation online.