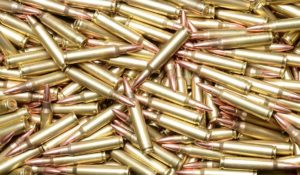 In the case of The Association of New Jersey Rifle and Pistol Clubs Inc. et. al. v. The Attorney General of New Jersey, the US Court of Appeals for the Third Circuit upheld New Jersey’s law limiting the amount of ammunition that can be held in a single firearm magazine.

New Jersey passed the law in response to the dramatic spike in active and mass shootings occurring over the last few years. The court cited statistics to show the 160 percent increase in active and mass shootings from 2006 to 2015. The new law places a 10-round limit on the amount of ammunition that can be held in a single firearm magazine at one time. New Jersey officials hope the ban on large capacity magazines could thwart mass shooters if they have to stop to reload. In addition, about seven other states, including the District of Columbia and several cities, have similar limits. Those exempt from the law include active and retired law enforcement officers, and active military members.

The Lawsuit Against Ammunition Limits in NJ

On the same day the bill was signed into law, the Association of New Jersey Rifle and Pistol Clubs and two of its members filed the lawsuit, seeking to strike down the law as unconstitutional and enjoin law enforcement officials from enforcing it. Nevertheless, the appellate court upheld the law in accordance with the lower court’s decision, saying:

“New Jersey’s law reasonably fits the State’s interest in public safety and does not unconstitutionally burden the Second Amendment’s right to self-defense in the home. The law also does not violate the Fifth Amendment’s Takings Clause because it does not require gun owners to surrender their magazines but instead allows them to retain modified magazines or register firearms that have magazines that cannot be modified.”

The court further held that the law’s exemption for law enforcement officials does not violate the Fourteenth Amendment’s Equal Protection clause because they “have training and experience that makes them different from ordinary citizens.” The court also struck down the request for an injunction against the law’s enforcement.

The Justifications for Limiting Ammunition in Firearms

Circuit Judge Patty Shwartz said the National Rifle Association affiliates challenging the law downplayed “the significant increase in the frequency and lethality” of mass shootings and active shooter situations. She further stated the state effort doesn’t violate the Second Amendment because “it imposes no limit on the number of firearms or magazines or amount of ammunition a person may lawfully possess.”

The challenged law is one of six gun control measures signed by Democratic Gov. Phil Murphy in June. New Jersey Attorney General Gurbir Grewal, in a tweet Wednesday, called the ruling “a big win for public safety and law enforcement safety.” The Association of New Jersey Rifle and Pistol Clubs, which vowed to appeal, said that Americans own 133 magazines that can hold more than 10 bullets, about half of all those sold. Executive Director Scott L. Bach attacked the ruling as “plainly wrong,” and said it was “turning one million honest citizens into felons” for taking steps to defend their homes.

What if I’m Charged with an Ammunition Weapons Offense?

Breaking New Jersey Weapons Laws can have severe repercussions and land you in jail for years. When it comes to ammunition, magazines, and firearms, there is simply no way around the strict laws and regulations. However, you can and should fight the charges if you’ve been arrested for ammunition or guns in New Jersey. Fortunately, you have reached the right place. The experienced New Jersey Weapons Attorneys at The Tormey Law Firm fight for people like you in courts throughout the state on a regular basis. Find out what we can do to help you avoid the serious penalties associated with your alleged weapons offense by calling (201) 614-2474. The consultation is free and someone is standing by to assist you.

For more information about this matter, access the following resource: US appeals court upholds New Jersey limit on ammunition