How do I Apply for Pre-Trial Intervention for my NJ Gun Charges? 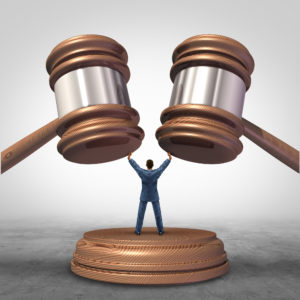 If you have been arrested and charged with a gun offense in New Jersey, you may be wondering what your legal options are and how you can potentially avoid a prison sentence. One such option to stay out of jail for gun charges and avoid a conviction on your criminal record is the Pre-Trial Intervention Program, commonly referred to as PTI for short.

What is Pre-Trial Intervention (PTI)?

Pre-Trial Intervention or PTI is a statewide diversionary program created to reroute ordinary prosecution for individuals charged with certain criminal offenses. The program serves the defendant by shielding them from harsh criminal sanctions as well as any collateral impacts a criminal record would cause, while also serving the interests of the State and our Courts by allowing them to focus their resources of more serious criminal offenders.

The aim of PTI is for the defendant to satisfy a set of conditions, mainly, remaining offense-free for a specified period of time, and if the conditions are met, the case will be dismissed. Thus, the individual will not have a criminal record. However, if the person fails to satisfy the requirements, the case will be re-opened and the ordinary criminal prosecution will move forward.

How do I Apply for the Pre-Trial Intervention Program in New Jersey?

Admission into the PTI is a three step process. The first step is to submit an application with the criminal management office located at the Superior Court. To submit an application you must pay a $75.00 fee. The management office will then interview the applicant to discuss their background any prior criminal related interactions they have had with our system. The office will also seek to discuss the underlying offense. From there, a report will be drafted indicating whether the person was accepted into the program alongside their recommendations pertaining to the terms of enrollment. The terms may include participating in substance abuse counseling, anger management, and community service. Criminal management will also recommend the amount of time the individual must remain on the program.

The second step is the report and recommendations will be reviewed by the local prosecutor’s office. The prosecutor must also agree to enroll the person into PTI before he or she can be accepted.

The final step is being enrolled into the program. The enrollment process occurs after the Court enters an Order specifying the conditions of your enrollment alongside an Order directing that the underlying prosecution will be suspended until the enrollee either satisfies his or her conditions or violates the provisions. As mentioned above, if the all of the conditions are satisfied, the case will be dismissed. On the other hand, if the enrollee violates, the case is reopened.

Am I Eligible for the New Jersey PTI Program?

Acceptance into PTI is discretionary, thus, no applicant is entitled to be enrolled. Admission is based on a number of factors outlined in the statute. The biggest contributing factors are the underlying charges and the applicant’s history with our system. For instance, a person being charged with a violent offense who also has a lengthy history of arrests for similar conduct is unlikely to be accepted. However, an individual who is being prosecuted for a non-violent offense such as drugs or theft, and has no contacts with our system, is a suitable candidate.

Do I have to Plead Guilty?

Admission may also only be available for certain cases if the defendant agrees to enter a plea of guilty. Generally, a person does not have to enter a plea of guilty and the State does not have to present any evidence showing guilt for an individual to be admitted into the program. This is beneficial because there is no record showing any form of liability. Moreover, it is also beneficial because if the person violates, there is no admission or conviction that can be used against the defendant. However, for certain matters, a guilty plea if required. Those cases include any matter where the defendant is charged with a first or second degree crime, or any case where the applicant had previously been convicted of a first or second degree offense, or any case where the defendant is being charged with a third or fourth degree offense involving domestic violence, or any defendant who is charged with a disorderly persons or petty disorderly persons offense involving domestic violence and committed the offense while subject to a temporary or permanent restraining order.

Lastly, there are some individuals who are completely ineligible for PTI. A person may only use PTI as well as any other diversionary program in this State and any other jurisdiction once. Therefore, any person who has previously received PTI, a conditional dismissal, or was granted a dismissal due to successful participation in the Veterans Diversion Program shall not be eligible for the program.

Accordingly, eligibility for PTI is available to any person who has not previously uptltiized a diversionary program. However, admission into the program may be conditioned upon entering a plea of guilty or submitting compelling reasons why the applicant deserves to be enrolled.

Can I Enroll in Pre-Trial Intervention if I’m Charged with a Gun Offense?

Unless a defendant has previously taken advantage of a diversionary program in this State or another jurisdiction, he or she may be considered. However, most firearm offenses are classified as second or third degree offenses. Additionally, many firearm charges carry with it a mandatory prison term. As such, the charges are considered very serious by the State. Consequently, most individuals who submit a PTI application are denied.

However, defendants who are charged with firearm related offenses can be accepted into the program if they can present sufficient compelling reasons as discussed above. The reasons should focus on the applicant’s favorable background as well as touch upon the facts of the case. More specifically, touch upon any facts that show the firearm never posed a threat to any individual or the general public.

The compelling reasons should outline that the applicant has a flawless criminal record. Meaning, the individual has no criminal convictions, no juvenile record, no arrests, no restraining orders, and no driving while under the influence violations. In addition, it should also be emphasized that the person is gainfully employed and is supporting his or her family. Thus, if prosecuted, the family will experience hardship. Lastly, it is also beneficial to submit character letters from friends and family in order to highlight the applicant’s good moral character. Please note, the above list is not an exclusive list of compelling reasons but rather suggestions. Other reasons can be submitted that may persuade criminal management and the prosecutor’s office to admit the defendant.

With regard to the case itself, its important to show that the firearm did not present a danger to the public. This can be done by emphasizing that the weapon was not loaded and was located in a safe compartment where it was not easily accessible. There is no question that guns are dangerous, which is why our Legislatures place such harsh criminal penalties upon offenders. As such, the applicant needs to demonstrate that despite being charged with a firearm offense, there was little to no danger.

PTI for Out-of-State Residents Arrested for Firearms in NJ

Every state has its own set of criminal laws and once a person enters a State, he or she must abide by the State’s criminal code. Claiming you were not aware of the law is not a legal defense. Many States do not require individuals to obtain permits to own or carry a firearm. New Jersey is not one of the States. It is mandatory to obtain a permit to purchase and carry a gun. Consequently,
many individuals who travel to New Jersey with their firearms face criminal charges for unlawfully possessing a gun. Moreover, the offense is a second degree charge that carries with it mandatory jail time. However, don’t be alarmed, many out-of-state residents who are facing gun-related charges, will be successfully admitted into the PTI program.

In 2014, the Office of the Attorney General drafted a directive which states that out-of-state residents who are charged with firearm offenses should be considered for PTI. The State recognized that many states throughout the country do not require their residents to obtain permits. As such, it would be unjust to incarcerate a person for an offense that if committed elsewhere, would not be deemed criminal.

Nevertheless, the applicant will not automatically be granted enrollment, like all defendants charged with a gun-related charge, he or she must submit compelling reasons. The reasons should provide that the applicant does not have a criminal record, is not a resident of the State, and should also provide the guns law for their home state in order to show that their conduct was not a crime where they reside. The reasons should also emphasize that the firearm was not a threat to the public and he or she was only visiting the State for a short period of time.

Do I Need a Lawyer to Apply for Pre-Trial Intervention in my Gun Case?

While you do not technically need an attorney to apply for the Pre-Trial Intervention Program (PTI) in New Jersey, it is very rare to gain admission into PTI for gun charges without the assistance of an experienced lawyer. The New Jersey Gun Attorneys at The Tormey Law Firm have helped countless clients charged with unlawful possession of a firearm throughout New Jersey, including in Passaic County, Bergen County, Morris County, Somerset County, Essex County, and Hudson County. To speak with an attorney immediately about your gun case in New Jersey, contact our law office at (201) 614-2474. You can also send us a message online to arrange a free consultation.