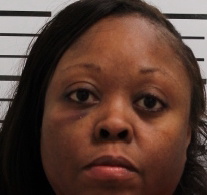 Do you need an attorney for a gun charge in Somerset County? We can help. Contact our experienced firearms defense lawyers now for immediate assistance and a free initial consultation. Here is a recent gun charge arising out of Watching in Somerset County which made the news.

A former New York City police sergeant was recently convicted in Somerset County for the possession of a firearm for an unlawful purpose. According to the Somerset County Prosecutor’s Office, the Staten Island suspect was found guilty of multiple criminal charges: second degree possession of a firearm for an unlawful purpose and criminal mischief. On April 30, 2014, the suspect went on a date with a man and then had an argument with the man’s girlfriend. At some point during the dispute, the suspect retrieved a 9mm handgun from her car and then fired the weapon at another car parked at the man’s residence. After leaving the scene, the suspect was apprehended. A ballistics expert subsequently matched a bullet fragment to the suspect gun. As a result of the conviction, the suspect faces up to 10 years in prison.

A conviction for the possession of a firearm for an unlawful purpose carries serious consequences in New Jersey. Because the possession of a gun for an unlawful purpose is a second degree crime, the penalties include a fine of up to $150,000 and 5-10 years in a New Jersey State Prison, with mandatory minimums to be imposed pursuant to the Graves Act.

If you are facing weapons charges such as the unlawful possession of a firearm or the possession of a weapon for an unlawful purpose, you should learn about your rights and about what can be done to fight the charges. That’s where the Tormey Law Firm comes in: our seasoned team of New Jersey weapons defense attorneys has decades of defense experience and we have successfully defended firearms cases in Superior Courts across New Jersey. Don’t hesitate to call the Tormey Law Firm if you have been charged with a gun crime in New Jersey.